This is a rant; an unapologetic, no holds barred rant on why something that I hold in such high esteem – my iOS devices – could have come from the evildoers who created this spawn of Satan: iTunes. I love my Apple TV, my iPad, my iPhone, my wife loves her iPhone, heck, even our two year old loves his hand-me-down iPhone. They all rock – big time. They’re the best damn devices I’ve ever owned, without exception.

But the otherwise joyous experience of ownership is continually crippled by the searing pain that is iTunes. Not every other day, not once or twice a day but many times every single bloody day. It’s a rare occasion I tweet about “bloody iTunes” and don’t receive a chorus of support from other disenchanted, otherwise happy Apple customers. It’s not just me folks, oh no.

Rather than suffer in silence or be comforted by the occasional mere “me too” tweet, a few months back I started capturing the litany of problems that iTunes threw my way, dropping a collection of the more painful examples into the blog post below. Oh – and just before the comments about “it works fine on my machine because I have a bejillion MB of RAM and a flux capacitor CPU”, all my experiences to follow are across many machines with lots of GBs of RAM and cores in CPUs and no moving parts in disks. It ain’t me folks!

Frequently I open up iTunes of a morning (often inadvertently because I’m simply looking for a power source for the iPhone) and am greeted by something like this:

That big black outline is iTunes call for help – it’s frozen and totally unresponsive. Eventually it snaps out of its micro-coma. When it feels like it. After a little nap.

2. It thinks hex mean something useful

It must, because I get them all the time. No, not every other day, every single day. Many times. If the iPhone is within earshot (or wifi-shot, as it may be), iTunes is going to have a little internal identity crisis and regurgitate a totally meaningless error:

Why? I mean why throw hex at me? Just gracefully explain you don’t know what’s wrong and move along.

Don’t worry, iTunes is not hexist and only uses base 16 to do its dirty work, negative integers make fine error codes as well:

Is this better or worse than a +50 error? And do error codes really need to sound like hit-points in some crazy Apple derivative of D&D?!

I have one iPhone. My wife has one iPhone. So why the hell do I see two instances of each collection of purchased items?! 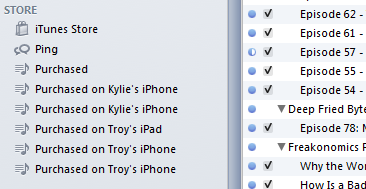 I’m sure there’s probably some explanation about having had multiple devices over time but of course they’ve all cleanly upgraded to the next one and all been under the same Apple IDs, yet here we are.

When I plug in this little guy:

I expect iTunes to do something. Show me it’s connected. Make a beep. Give me some love. Anything, just acknowledge its existence! But here’s what usually happens: 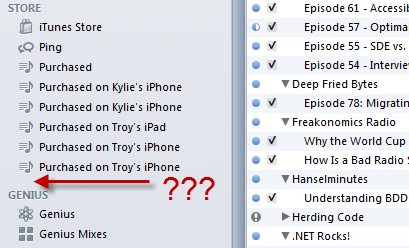 Yep, no devices. So I unplug it then try again. And again. Rinse, lather, repeat and so on. Eventually it might show up: 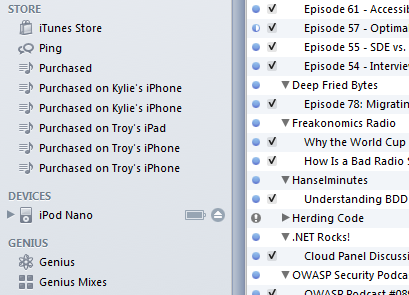 Why is this so hard? Windows knows it was plugged in – it gave me an affirmative beep and allowed me to browse the contents; why does iTunes just give it the silent treatment?

iTunes is a media player; why must every single update force me to shut down everything I’m doing and reboot the entire machine?!

I mean, this isn’t exactly a service pack or anything that needs to get down into the guts of the OS, why on earth does an app that plays some music and syncs my phone want to reboot the whole damn machine?! Stop doing this!

So why must it continue to taunt me?! Over and over and over again, iTunes continues to hammer me with this pointless, incorrect message. Just stop it, dammit!

Now I know this isn’t iTunes per se, but given it only started happening after the iOS 5 upgrade it’s probably pretty fair to say it’s something screwy on the Apple side. Every single time I plug the iPhone in, I’m now challenged to “Select a location for the network”: 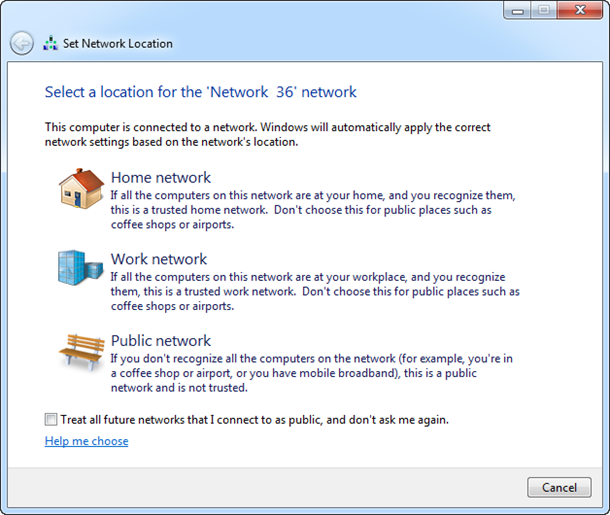 Clearly this is related to the phone enabling a personal hotspot – which it had always done in the past – but why must I continually define the network location again and again and again? And it’s not just me folks, oh no.

Total cardiac arrest is another favourite of iTunes:

Sometimes it performs an Easter miracle and rises from the dead, other times it remains well and truly comatose and simply will not resurrect. Which would actually be fine, if it stayed dead and wasn’t required again.

10. Because it’s now constantly there

iTunes has sucked for a very long time now. It has a rich history of user experience faux pas that clearly time has not allowed Apple to heal. But at least it was always a conscious decision to enter into the realm of iTunes pain, I mean you had to explicitly fire it up and as such, you had time to brace yourself for the inevitable onslaught of pain.

Not anymore. Wireless sync in iOS 5 sounds like a great idea and I’ll admit I was lured in by the promise of being able to chuck cables away. But there’s an ugly downside to this: iTunes now constantly comes to life from an otherwise dormant state. Clearly there’s a background process that identifies there’s an iOS device in range and decides to bring iTunes back to life at some arbitrary point in time.

In fact the whole iTunes conundrum made me reminisce about this little illustration from defectivebydesign.org:

Six years on from this design and whilst some progress has been made on the DRM front, we’re now not only tied into iTunes by the iPod but by the iPhone, iPad and now even the bloody Apple TV if you want to play your existing media.

Clearly whilst genuinely frustrated with the whole iTunes experience, there’s a degree of tongue in cheek going on above. But let me step away from my own subjective experiences for a moment and share the following quote from Slashdot’s iTunes’ Windows Problem post just a couple of days ago:

But today, the toxic waste of success cripples iTunes: increasingly non-sensical complexity, inconsistencies, layers of patches over layers of patches ending up in a structure so labyrinthine no individual can internalize it any longer. 'It's a giant kitchen sink piled high with loosely related features, and it's highly un-Apple-like' says Allen Pike. 'Users know it, critics know it, and you can bet the iTunes team knows it. But for the love of god, why?'

“It’s un-Apple-like”. That, for me, is the entire iTunes experience in a nutshell.