I’ve got both a desktop and a laptop running SQL08 Developer Edition on top of 64 bit Windows 7 which until today, did not play nicely together. I could not get a remote connection from Visual Studio or SQL Management Studio to the other machine nor could I make an ADO.NET connection. Every attempt to connect resulted in a lengthy delay followed by a message such as the following from SQL Management Studio when trying to register the server:

In case you’re wondering why I would want to establish a remote connection to a desktop machine, it’s to run SQL Data Compare against the same project for which work has been alternating between different machines and I want to synchronise the data.

First of all, the answers are all out there already, I just had to try a number of them before things began working as expected. Pinal Dave sums up common causes pretty well in this post with lots of illustrated examples of probable causes. Given the Windows 7 / SQL Server combination is probably a pretty common one I thought I’d give a cut down version specific to this configuration here. Both my installations were essentially out of the box configurations (albeit with some components excluded) so my experience should be broadly relevant. 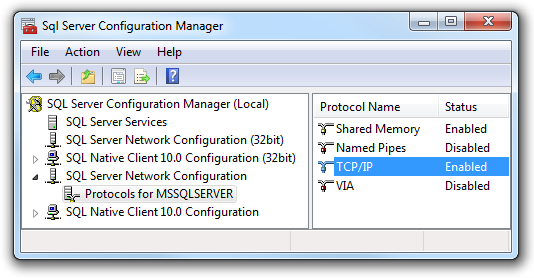 This one is probably obvious and disabling the firewall completely (only for testing purposes, of course) was one of the first things I did but it only works if TCP/IP connections are enabled which mine weren’t to begin with. First up, open the “Windows Firewall with Advanced Security” settings (Windows key, “Firewall”):

Click on “Inbound Rules” in the left column then choose “New Rule…” from the top of the right column which will have just appeared. 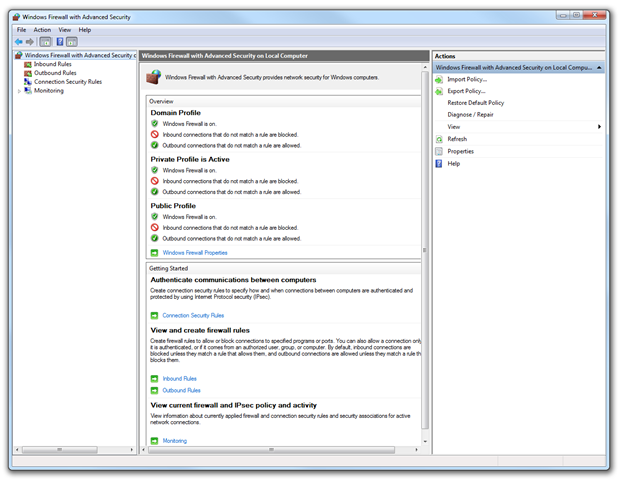 Choose “Port” as the rule type then continue to the next screen. 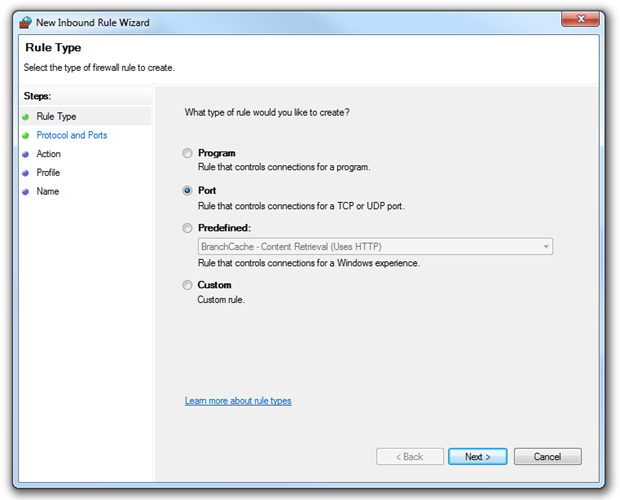 By default, SQL Server talks over port 1433 so unless you’ve changed this, enter it into the “Specific local ports” field and continue. 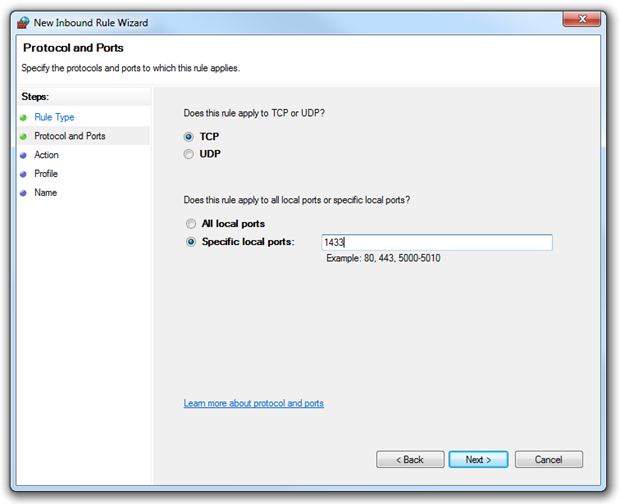 Obviously we want to allow connections over this port so accept the default and proceed to the next screen. 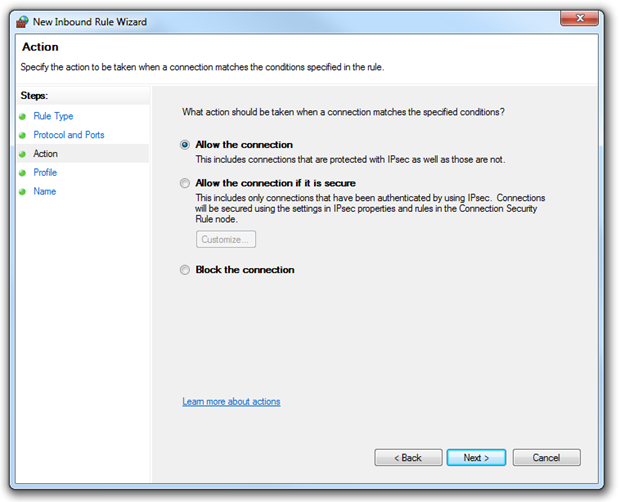 You can choose to lock the rule down to a specific profile but for my purposes I’m happy for it to be accessible across Domain, Private and Public. 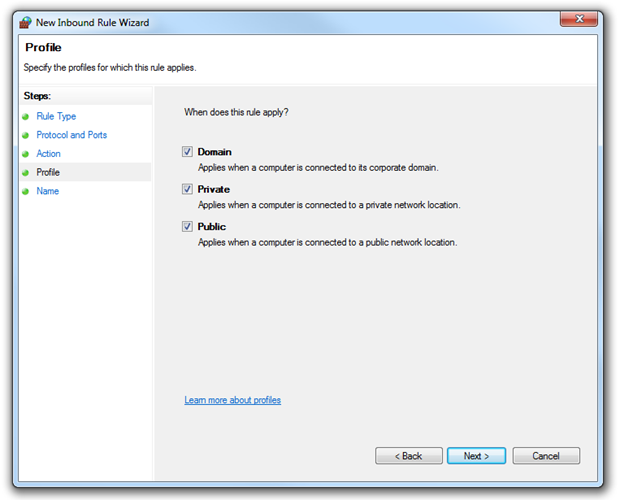 Finally, give your rule a name and finish up. 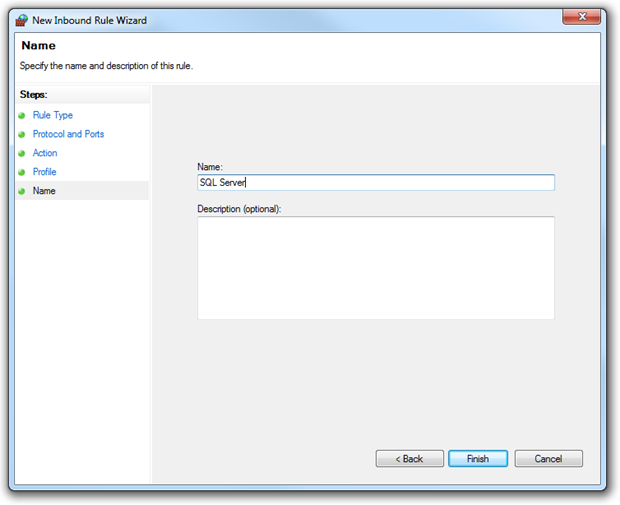 Pretty easy once you know where to look! Unfortunately for me, once I finally got the machines talking to each other SQL Data Compare told me it couldn’t do a comparison because version 6 doesn’t know what a SQL08 Date type is! Other than that though, it’s been a successful little exercise.

The black art of splitting a Subversion repository