You know the best way to sell security products? Scare the shit out of people. I mean make them really genuinely fearful that if they don't have the thing you're pushing that a bunch of nasty stuff will happen to them. It's the Donald Trump school of winning hearts and minds.

Which brings me to CUJO, an Indiegogo campaign for a "security in a box" product. Strap yourself in and watch the video:

Are we terrified yet? Yes? Good. Scary music, a hacker dude in a hoodie and just for good measure, a beauty queen and a kid (won't someone please think of the children?!)

Around the 40 second mark you get a bit of "you may not know it, but you've probably already been hacked" whilst hacker dude is busily, well, hacking someone. Here he is in action: 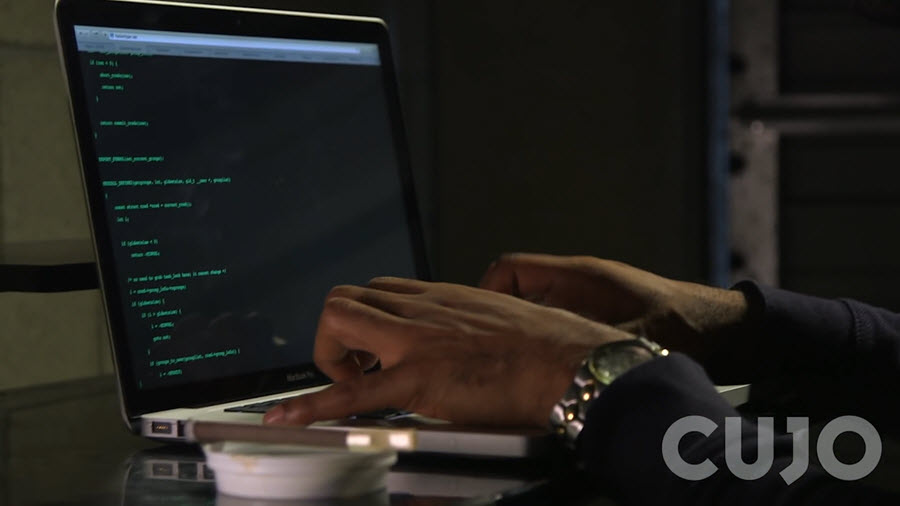 Now that struck me as odd because as best I could tell, that's a browser window he's hacking in. Let's go all CSI on this and zoom in to take a closer look: 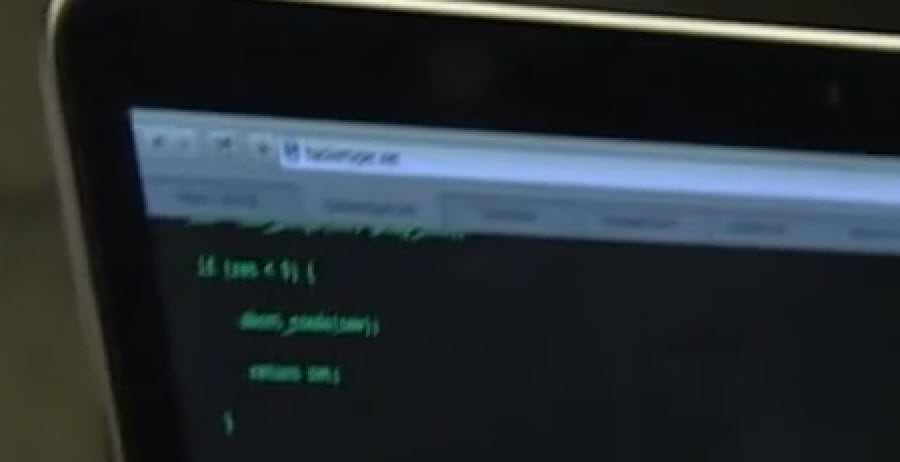 Wow, it really is a browser window! How does such magic hacking in the browser actually work?! Well you're in luck folks, because today I'm going to teach you how to be a hacker dude too and all you've gotta do is head over to hackertyper.net and then... mash the keyboard. Then, as if by magic, your fat-fingering will produce this: 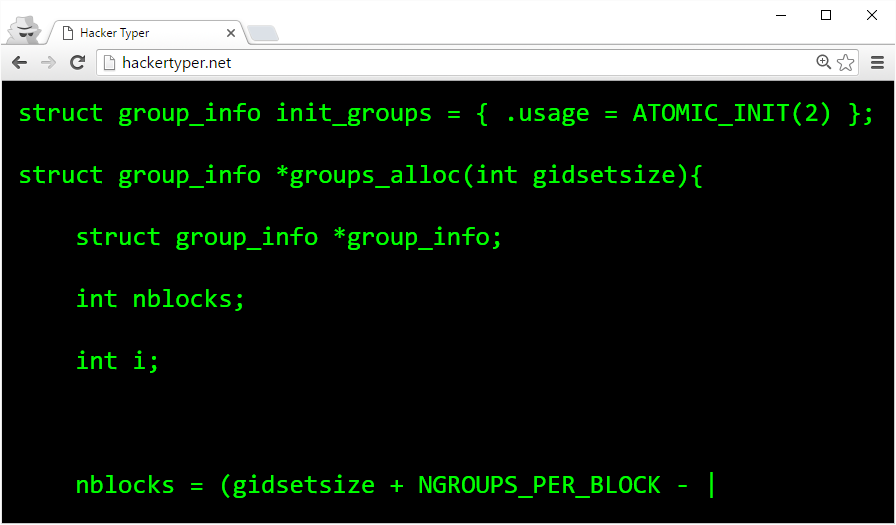 Wow, so that's how the hackers do it!

But is it really that blatant? I mean did they actually just go to hackertyper.net and film a dude in a hoodie mashing the keyboard in order to help convince buyers they need to buy security in a box? Let's compare the CUJO video to a segment of the code from the hacker website: 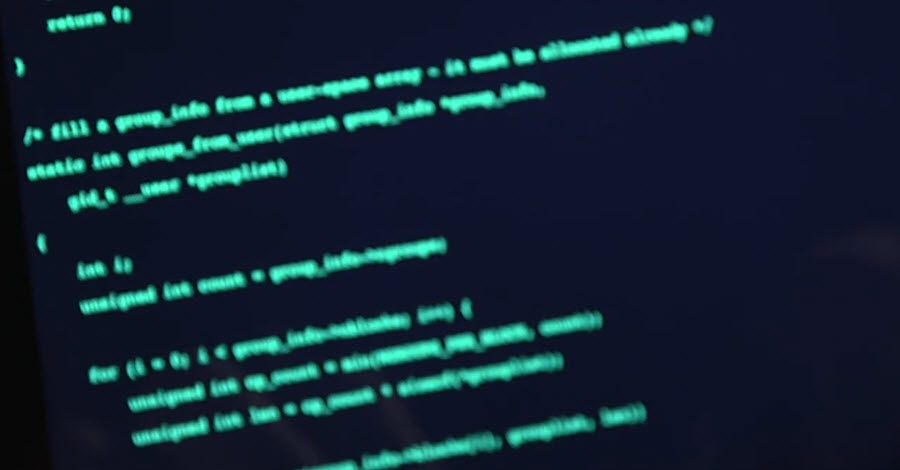 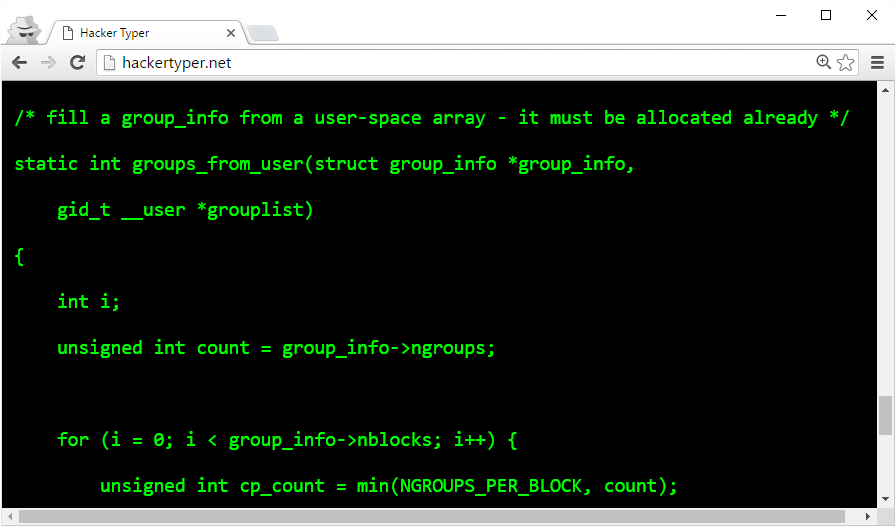 Next time guys, at least put the browser in full screen mode! Oh, and perhaps less scary stuff and more facts would also be good. If you'd like to learn more about CUJO and draw your own conclusions on its efficacy, head on over to getcujo.com or review the CUJO discussion in the Shitty Kickstarters Subreddit .