I’ve had a rough time of it lately – the internet has been down. I know, it’s been disturbing to say the least and I actually can’t remember the last time the connection coming into my home was totally out. In some ways, the problem is not as bad as it was some years ago due to my wife and I having fast other devices that can connect direct to 4G yet in other ways, it’s worse due to the number of things connected – usually connected – to the internet.

The hardest bit of all this though was dealing with home media which demonstrates problem after problem not only with our dependency on the web, but with the design of the media systems. For example, the kids would normally watch cartoons via Netflix running on the Apple TV on the weekend. Now the first problem is that it’s not easy to explain the nature of internet connectivity to a 3 and a 5 year old but clearly the next problem is that there simply wasn’t any. But hey, I’m a techie guy, I plan for outages and I have redundancy!

In my case, redundancy means playing stored cartoons using the Plex Media server running on my Synology NAS. Problem is though, I can’t play them via the Plex app on my iPhone because I’ve turned off wireless given the home network can’t actually get out to anything. Plex can actually stream the content from the media server out over the web to “remote” devices… but only if the media server can actually see the web! I could sync the content to my phone via wifi so it’s viewable offline, but try explaining the required wait time to kids. Unfortunately there’s no Plex client for the Apple TV because, well, Apple.

So the next plan was to fire up the Xbox One which does have a Plex client. That is until this happened: 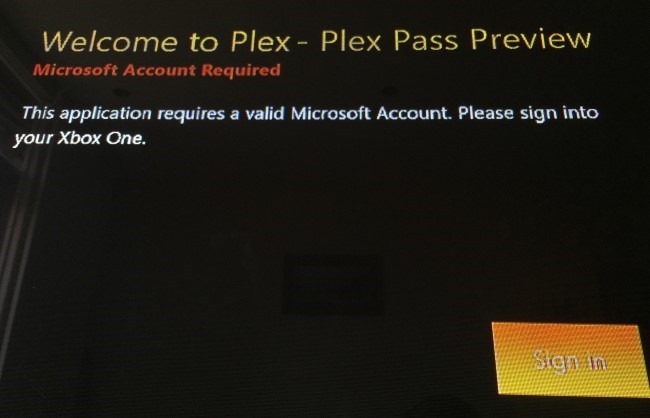 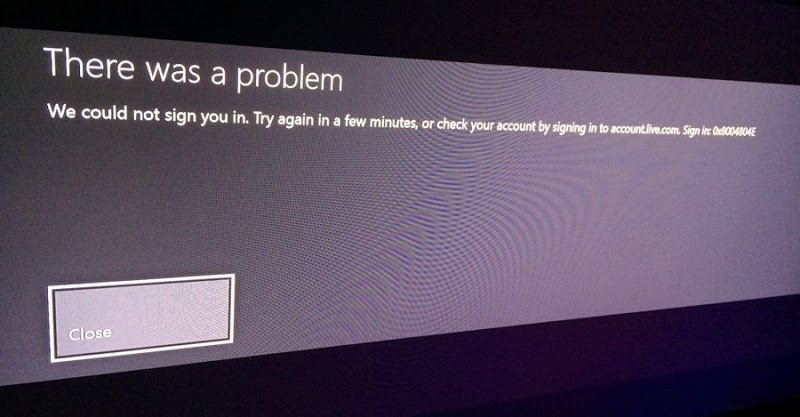 Whilst all this is happening and I’m totally without internet, I tether my PC to my iPhone. Now to its credit, the iPhone 6 running on Telstra’s 4G network absolutely flies: 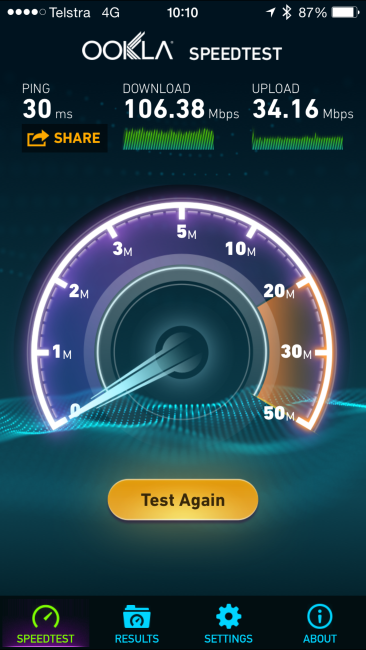 The problem, however, is that down here in Australia the data allocations are woeful and I get a whole 3GB a month which at that speed means my entire allocation of data is gone in about 4 minutes. Every gig over that cap hits me another $10 and when you’re downloading a gig every minute and a bit, that’s about $460 an hour in bandwidth you can rack up at full throttle.

Eventually though, the telco tech arrives, fixes the phone line and gets the home broadband up and running again. Clearly I’m ecstatic and one of the first things I do is grab my Harmony remote control and turn the TV back on. Or at least I tried to: 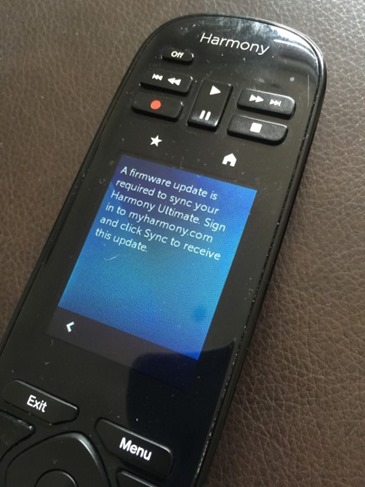 What the…?! Ok, it’s a wifi device and I guess I can understand the need to update things every now and again. I don’t know that it should have completely blocked my ability to do anything with it, but here we are. Off to myharmony.com then to grab the firmware and… 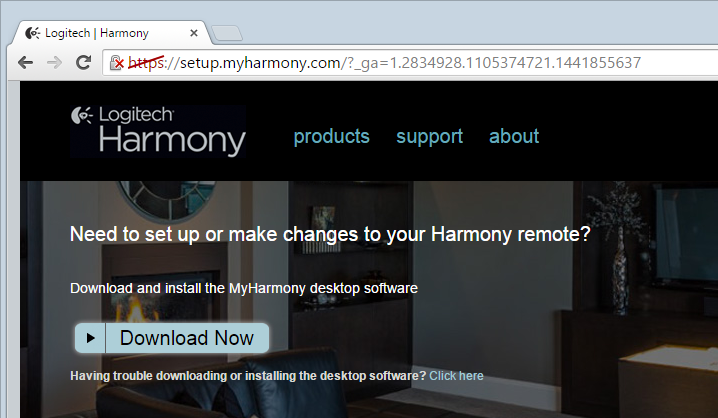 Now there are two things that upset me here: one is that I have to download desktop software and install it on my PC. Why?! It’s a freakin’ connected remote control, why can’t it auto-update?! Two, is that there’s a security warning on the site. Here I am being told to download software that gets installed on my machine and Chrome is saying “You may not be able to trust this site”. I inspect the cert chain and find that it’s to do with an intermediate cert being signed with SHA-1 so whilst not good, it’s still a step forward from a clear connection which is what you still download a lot of software from these days.

So now I’ve got the Silverlight app (you heard me) running on my laptop but I can’t install the firmware onto the remote control in order to turn the TV on until I login: 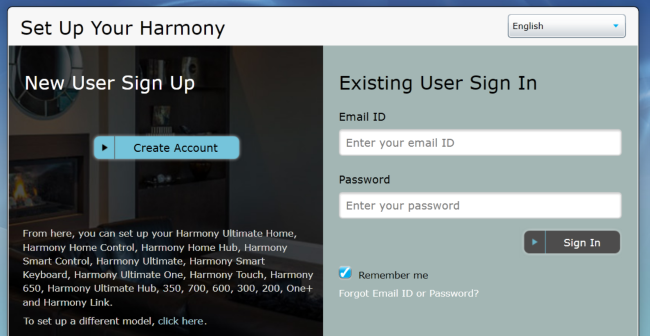 I’ve got an account but for some reason I don’t have it stored in 1Password so I send a password reset email. That then allows me to set a new password… over an insecure connection: 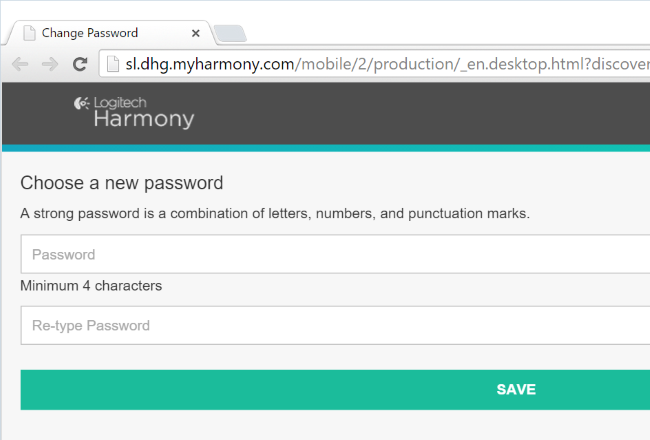 I’m over it by this – bugger the dodgy connection, I’ll just generate a 30 character random one out of 1Password, that’ll be strong:

Eventually I get the whole show moving – the remote is plugged into the laptop, the firmware is downloading, the hub is upd…

Of for fuck’s sake, I just want to turn the TV on!!! So I power cycle the hub which is just a little device with IR transponders pointing at the media peripherals (by the way Logitech, how come I have to continually reboot the bastard because it’s lost connectivity?!) and eventually, the remote updates. I turn the TV on and decide I’m too frustrated to watch it so go and get a beer instead.

I don’t have a problem with connected things that want to do updates. My Withings scales, for example, recently started showing me the weather forecast while it checked fat mass. This is nice – it’s a useful feature and it updated over the air while I was sleeping. Or working or doing something else or who cares because the point is that it was uninvasive. There are still way too many things broken or unstable or incompatible or locked out of media setups for it to be a smooth experience. And for everyone who says “Yes, but my NUC / CC / WTF is perfect”, no, it’s not because even if it works with less problems, you still then need to deal with all the picture house shenanigans about making these things available here but not there or at that time because [reasons] or all sorts of other things that just make it downright frustrating.

I think I may go and read a book.

Relax, it’s only your credit card! The near-zero impact of online fraud on consumers

Good news – your credit card is fine and only your irreplaceable things were hacked!