I've been using Evernote for about 6 years now. Nothing heavy duty, just basic notes that I collect around things like conference talk ideas, code snippets some recipes I often make and other rather mundane things. Anything sensitive goes into 1Password, this is just everyday notes about things I want easy access to across devices. For me, "devices" means my iPhone, iPad, desktop PC and a couple of laptops. The ability to simply fire up a device and have access to everything is important to me but unfortunately, that's all coming to an end:

Know what people *really* like, @evernote? Taking something they've used for years then crippling it unless they pay pic.twitter.com/aDpsSKXeRJ

To be clear, you can still sync across all your devices but now it'll cost you. It's normally $50 a year or $35 according to the discounted prices listed on their blog but that's not really the point. Read through the responses to the tweet above and you'll see that as I suggested there, people get kinda cranky when you take something away from them. Yes, Evernote needs to make a dollar out of this thing but they had commercial "Plus" and "Premium" plans before and the "Basic" plan was part of the freemium model. Inevitably they would have expected some degree of subscriber exodus by making this change, perhaps this segment of the market just isn't a priority any more.

In all honesty, there's more to me moving from Evernote than just the cost. Working across so many different devices, one of the things I found constantly painful was conflicts. I'd edit on a device then for some reason it wouldn't sync cleanly or it'd be delayed then I'd edit on another device and end up with a conflict. It's a messy conflict too - not just a "here's what's different, let us help you merge", rather "here's one big whack of text and there's another, you're on your own"! I use Trello a lot too and that thing always plays nice with device syncing. Then there's the constant visual indicator that pops up to let you know it's decided to sync. I've got many, many Pluralsight courses where the raw audio includes "Oh FFS Evernote!" followed by a retake without the damn popup.

Anyway, the point is that all combined it was time to leave Evernote and Microsoft OneNote was the logical successor (you'll see that as the unanimous suggestion in response to my earlier tweet too). They've got a page specifically for migrating from Evernote which includes a handy little tool that couldn't make things easier. Here's how it works: 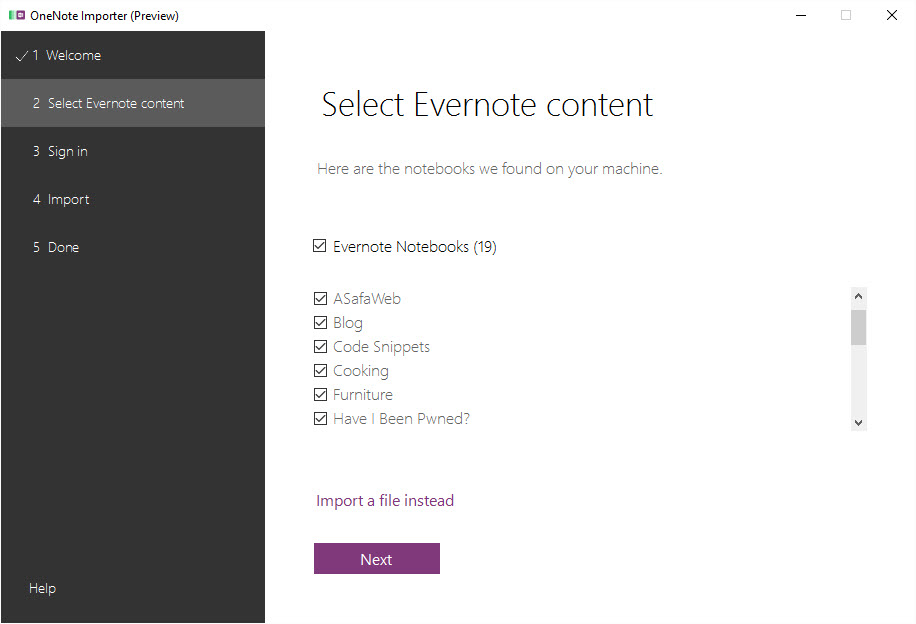 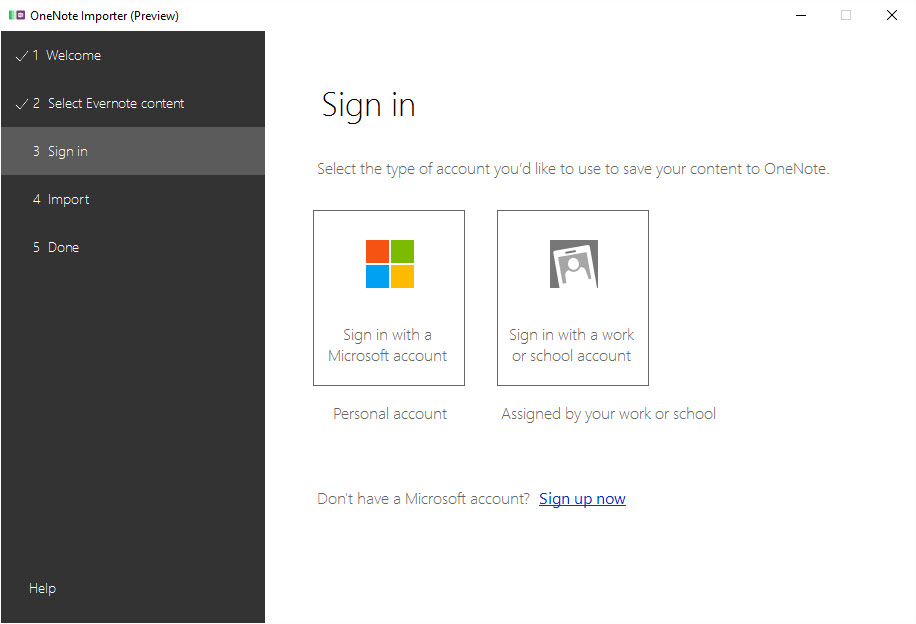 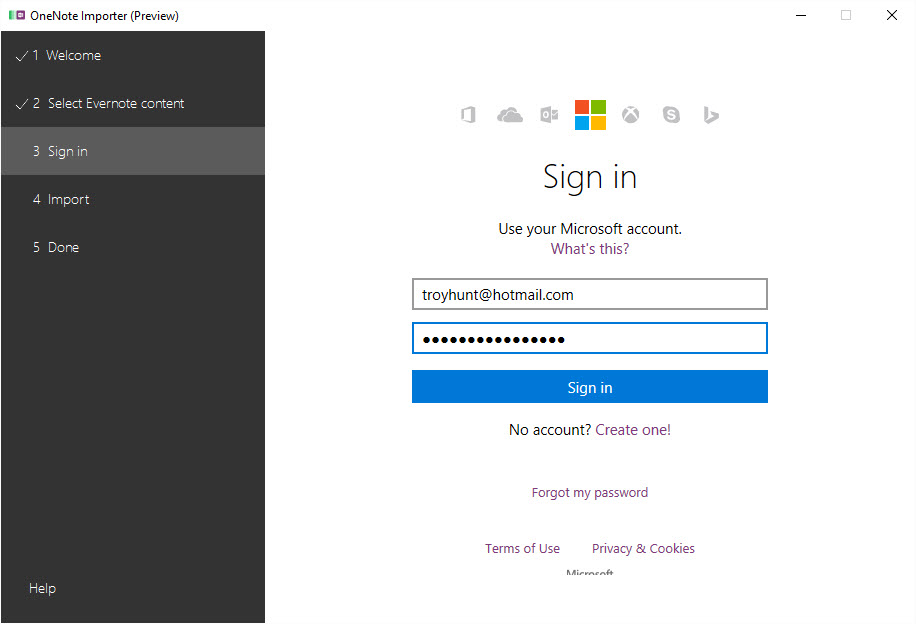 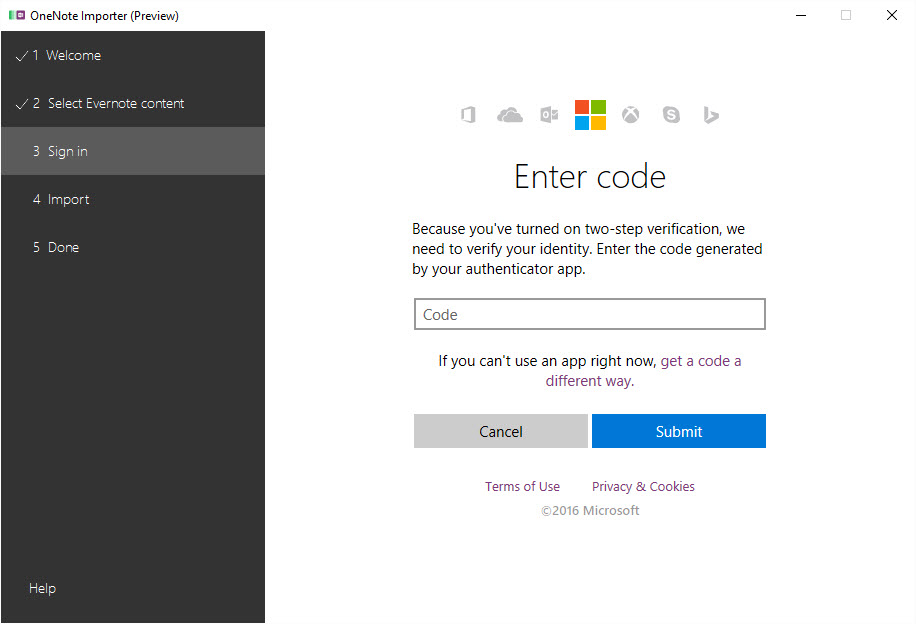 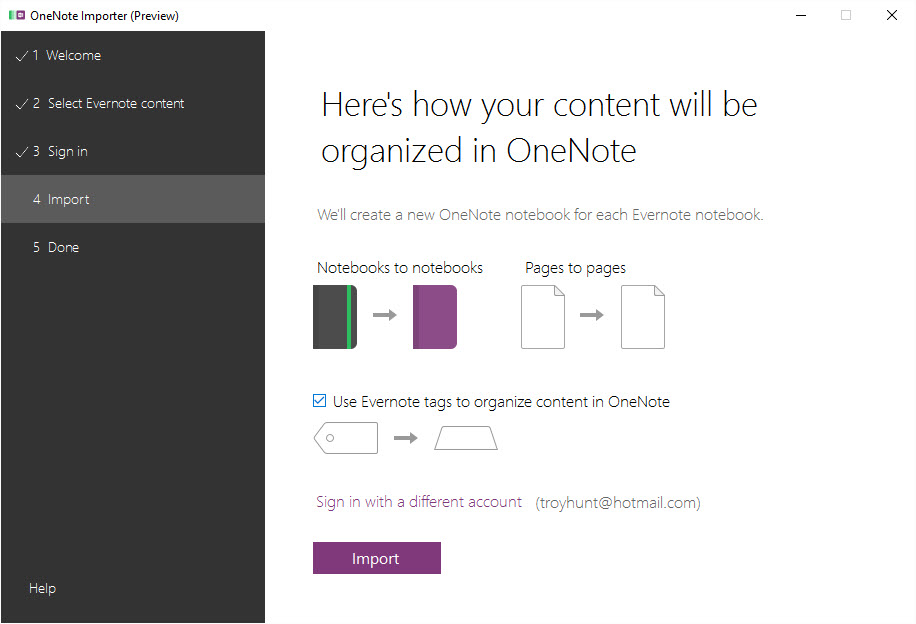 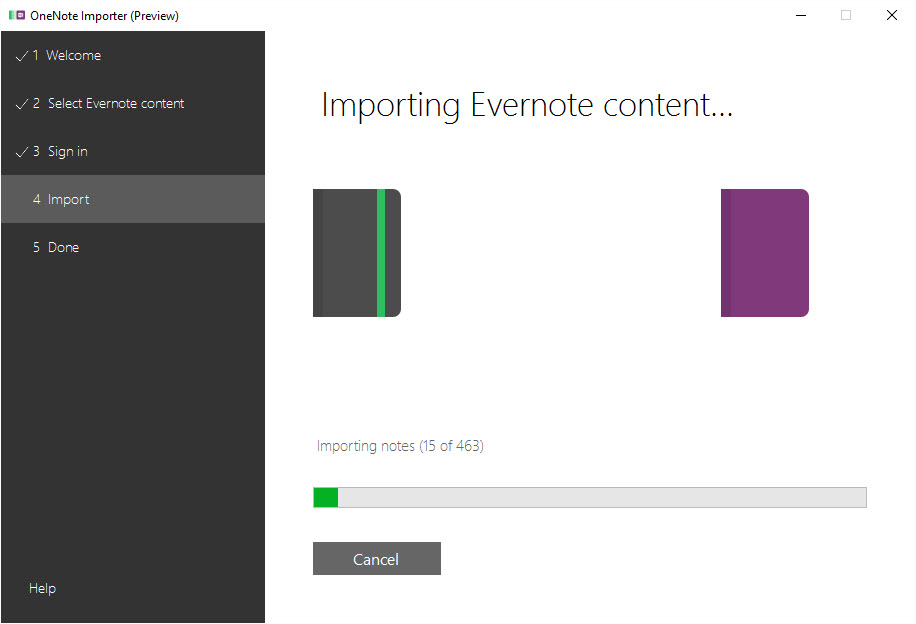 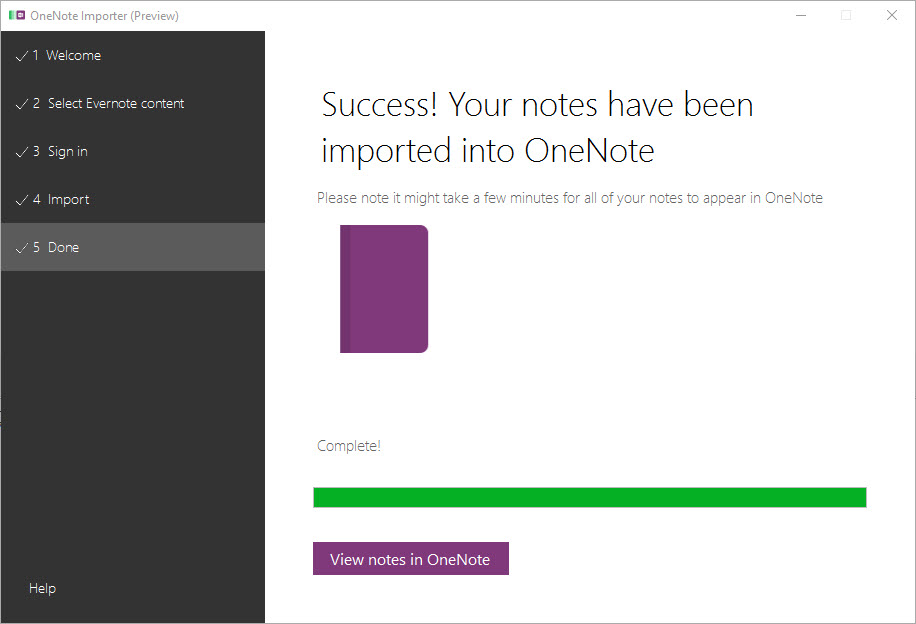 And that's it - job done! It's literally single digit minutes of effort then my import took about 15 mins to run after that. The import tools pops you over to OneNote afterwards which helps orientate you: 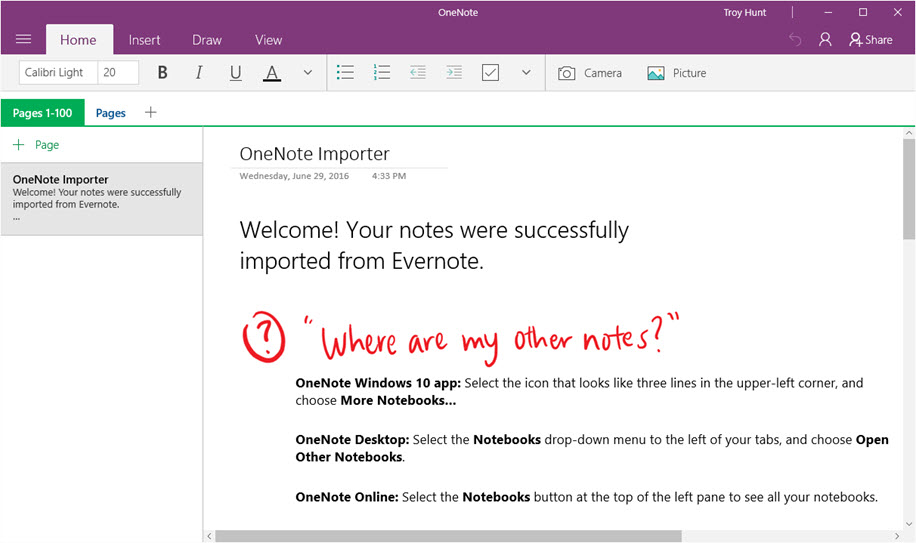 Everything I checked came across cleanly so a note like this in Evernote: 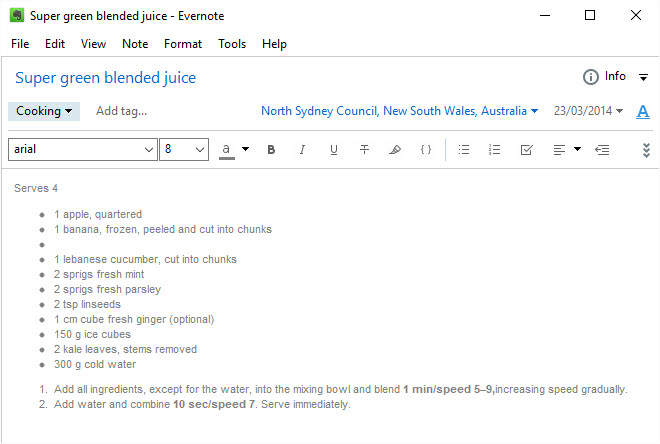 Now looks like this in OneNote (create date came across fine too): 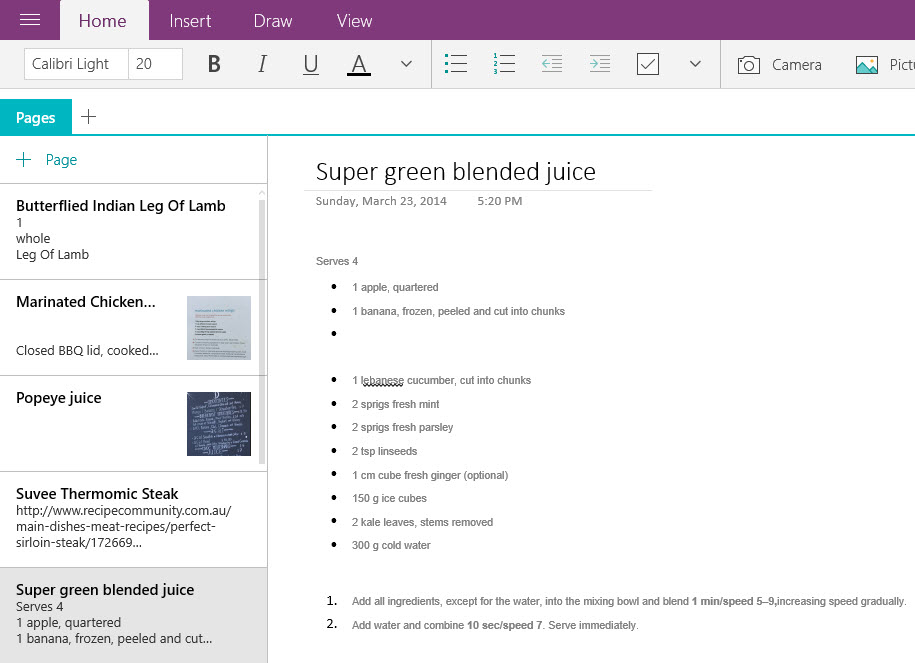 Fine on the iPhone too: 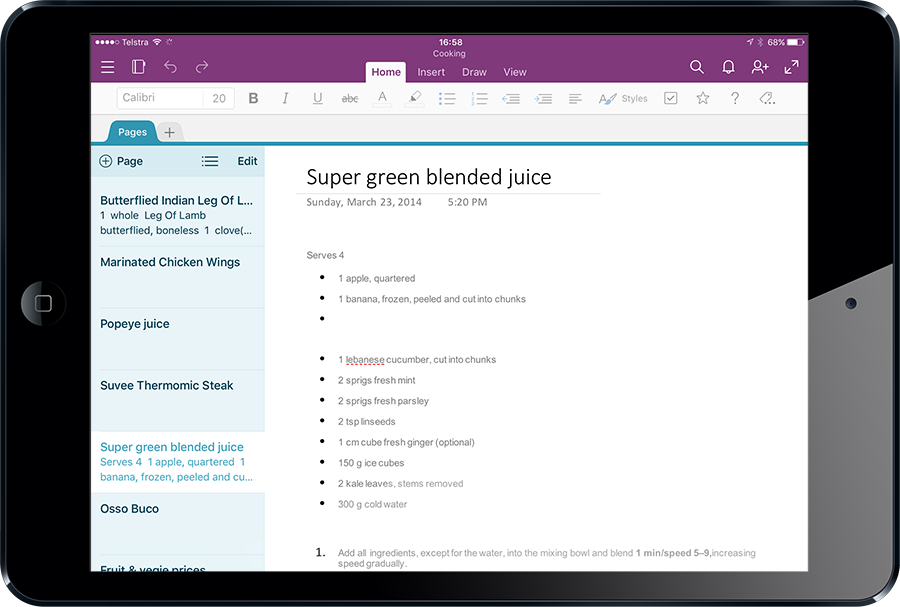 And that's it - job done! Obviously it's a somewhat different UX to Evernote and just to be sure I won't be shutting down the old account until I'm absolutely confident that everything came across ok, but it was a super easy migration process and had I known it was this simple I would have made the leap earlier regardless of the pricing change.

Security insanity: how we keep failing at the basics