I just had an absolutely sensational trip over to Europe which kicked off with my favourite event of the year - NDC Oslo. I first came to this event two years ago and talked about How I Hacked my Way to Norway which was the first big international talk I'd done. Per the link to that blog post, the talk went sensationally well, topping the charts for the event with 100% positive feedback (there's a green / yellow / red card rating system). I went back again last year and did Making Hacking Child's Play and again, it was a resounding success going right to the top of the charts. (Incidentally, these talks have helped me realise how much I love doing talks that are entertaining as opposed to purely functional.)

For this year, the folks at NDC asked me to do the opening keynote which was a bit of a speaking career highlight. I've done other keynotes at other events, but NDC is special to me given the history I've had there. It was only about two and a half years ago that merely speaking there was an aspirational goal and now here was an opportunity to open the event on a massive stage in front of more than 2,000 people. I wanted to get this right. Actually, I wanted to get it perfect or as near as dammit to that as possible.

I started writing this talk many months before the event, gradually refining it over time. That included many, many "dry runs" practicing it at home. I decided to record the very last practice run before leaving home and I thought I'd share that here for those who may be interested in how I prepare for a talk like this. Now that the actual talk from the event is live, I'll embed that below first and I suggest checking that out before looking at the rehearsal vid further down the page. I've just watched a fair portion of each and I'm pretty happy with how closely they align.

There's no rating for the keynote so I can't share quantitative results, but it felt awesome in terms of audience engagement (you only get a small sense of the laughter and interaction from the crowd in the video). Some of the pics snapped by myself and others will give you a bit of a sense of what it was like to be there: 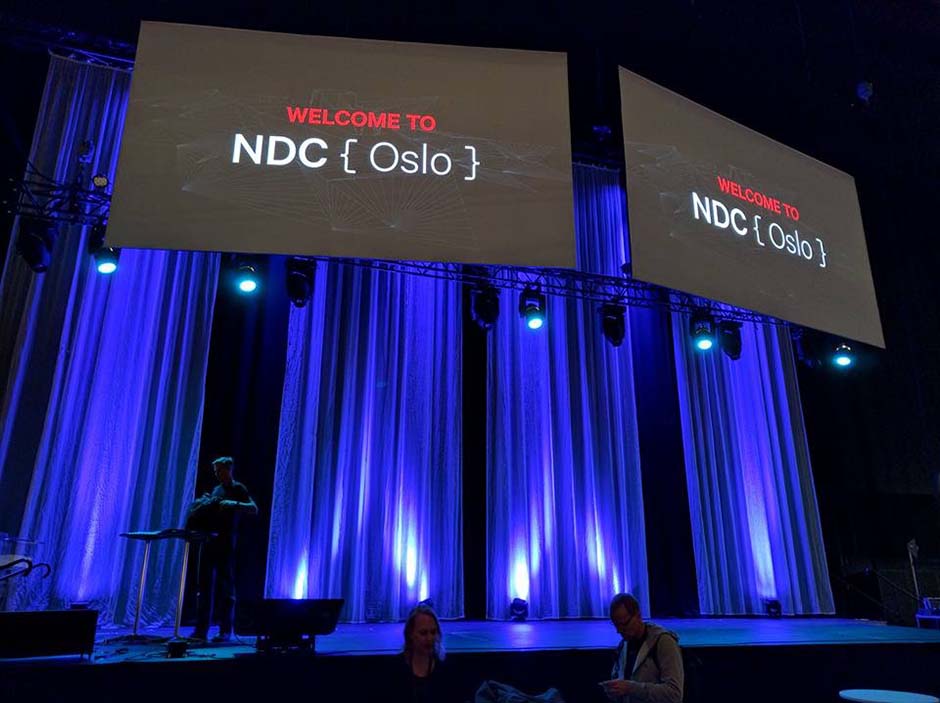 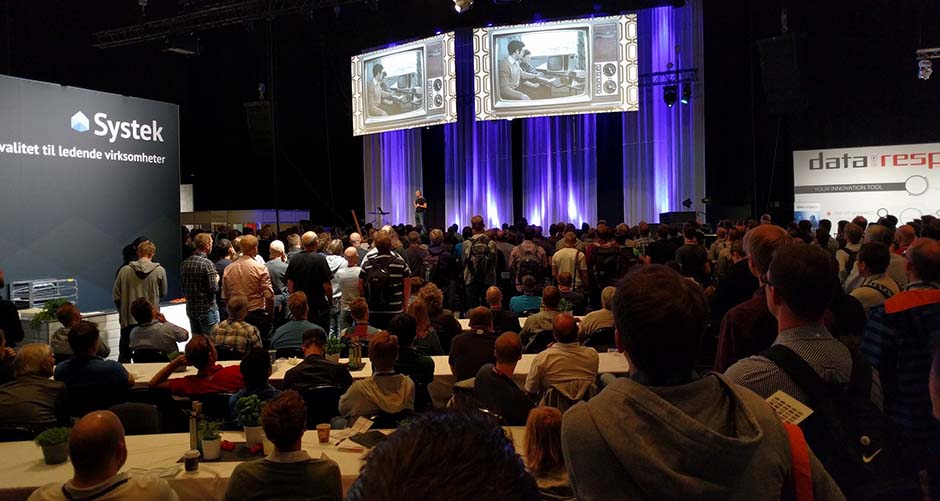 Scrolling back in time a bit, here's the rehearsal video I did beforehand. The intro where I explain how I prepare is probably the most useful as is the last minute or so where I talk about what went well and what I should change. Here's the prep video:

In the prep video I talk about a blog post covering the timing sheet. Check out Speaker style bingo: 10 presentation anti-patterns for that one.

I did indeed change the Clippy section before the actual talk and whilst I think it's better than the version in the rehearsal,it could be better yet. There were also a few other minor things I kept tweaking right up until the night before the talk. One of those was that I spoke with the organisers the day before and decided it worked better not to have someone intro me beforehand, primarily because I wanted to play the intro video then come straight on stage while people were still laughing about those clips. This was preferable to breaking things up with a more serious intro which would have brought the mood down a bit.

I ultimately decided to present from two different machines with my Lenovo P50 being the primary one I presented the slides from and my Yoga 900 serving as the Ashley Madison demo machine. The primary reason for this was that it allowed me to keep the machine with the slides in presenter mode so I could see what was coming next and the Yoga with the screen duplicated so I could look directly at it while interacting with the Ashley Madison website. Which was one of the things that went wrong...

For all my preparation and testing, I never tried using the Ashley Madison identity obfuscation tool on the Yoga before the talk. I couldn't properly drag and resize the mask over my face, I assume due to the high-DPI display on that machine. It's such a little thing that I never even thought would be a problem, yet here we are. I also didn't test the USB Type C video adaptor I had for the Yoga on that machine in advance of the talk. I tested it on the P50 and it worked fine, but it wouldn't play ball on the Yoga and I had to borrow someone else's. (Incidentally, the VGA to HDMI adaptor I had for the P50 died the following week only a couple of hours into a workshop I was running so my faith in video adaptors is at about an all-time low right now...)

In addition to the keynote, I also did a talk on "Lessons from a quarter of a billion breached records" which I'll embed below. This is one I've done several times although I keep modifying it each time to ensure it remains current. It's far less carefully rehearsed and in fact in this case, I shortened it and tacked on the bit where I added the VK data breach to Have I been pwned which took the system past the 1 billion record mark (yes, billion with a "b"). Here's the talk:

The feedback scores are yet to be released publicly so I won't relay precisely what I was told by an NDC insider, but it would appear the result is "consistent with previous years" which makes me enormously happy :)

For those of you down Australia way, NDC is coming to Sydney in August. I've been a part of the agenda committee on this one so have seen details of all the speakers and talks that will be coming down under and this event will really be second to none when it comes to Aussie tech conferences. This is the the one you want to get to in Aus this year and if you're on the wrong side of the globe, give NDC in London next Jan a go instead.

Evernote is crippling their free service, here's how to move to OneNote