I'm not sure how I found myself in a European award program, maybe it's like Australians in Eurovision? But somehow, I wiggled my way into The European Security Blogger Awards and before even having a chance to come down off the high that was last week's Award for Information Security Excellence at the AusCERT conference in Australia, this happened:

@troyhunt hey mate, you just won the EU security blogger of the year. Congrats. I am at the event where they announced it.

That was the first I knew of winning the award and it took me a few days to pick it up hence the delay in writing this post. But wow, it was worth the wait: 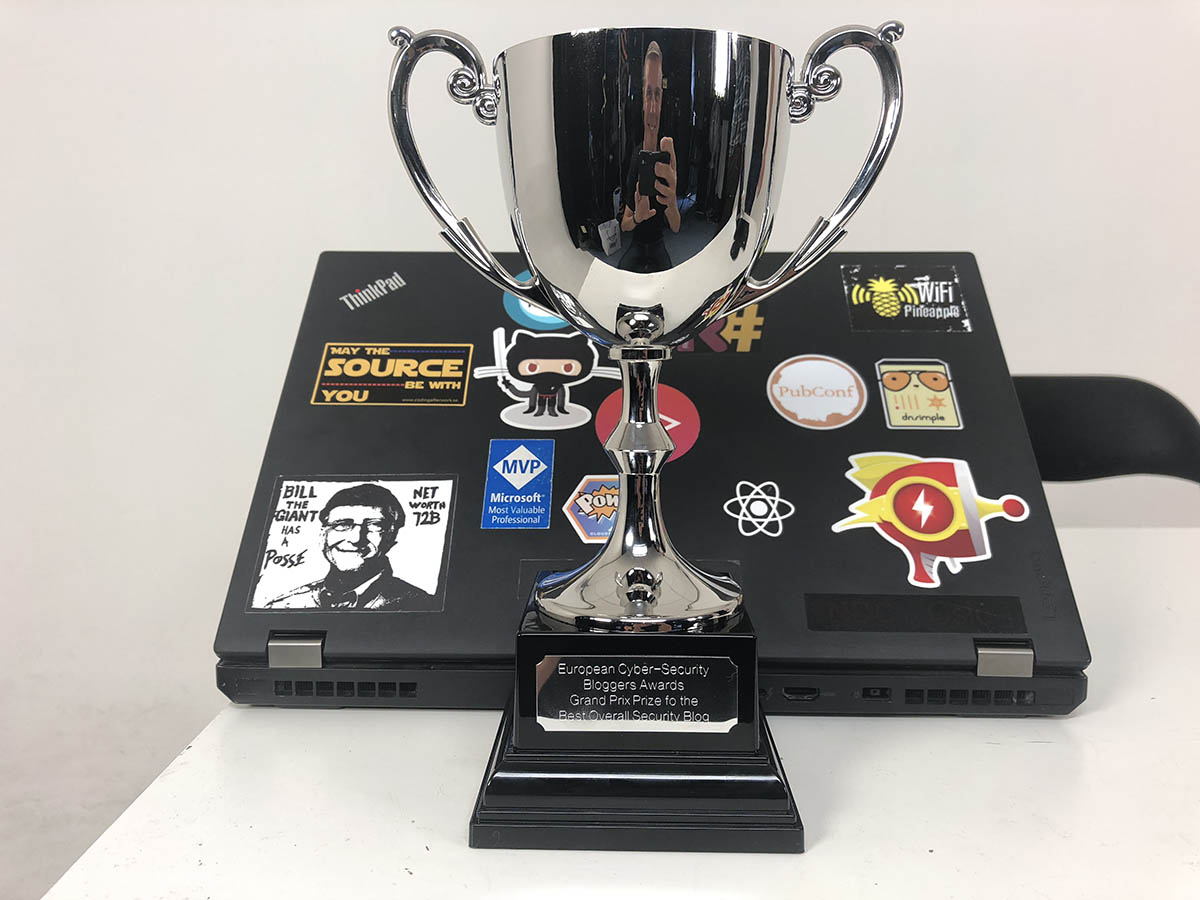 Reading back through the list of winners on the night, I was very happy to see many other friends in the industry get gongs as well including Graham Cluley and Carole Theriault (Smashing Security), Leigh Anne Galloway, Javvad Malik and Kevin Beaumont. Oh - and this guy:

With @Scott_Helme (at a different awards night) learning we both just scored at the European Cyber Security Blogger Awards! pic.twitter.com/RbCoLsKTja

And why were we so dressed up? Because we were at another awards night, which brings me to the next blog post published simultaneously with this one: Report URI Just Won the Best Emerging Technology!