This whole "personal brand" thing is a really interesting space. I mean here we are talking about people as individuals such as you and I yet applying a term to us in the same way as we'd talk about brands like, say "Ferrari" or "Apple". I pick those simply because they're two of the strongest, most recognisable brands I can think of which makes it a whole lot easier to draw some of the parallels I'm about to.

The first thought I really gave to brand was about 7 and a half years ago when I wrote my first ever blog post on Why online identities are smart career moves. Now if I'm honest, that post looks much more insightful in retrospect than what it did when I first wrote it. I was guessing. Speculating. Thinking that maybe - just maybe - having an online identity and a brand of my own may come in useful one day. It took almost 6 years, but the blog post on How I optimised my life to make my job redundant is a really good bookend to that one as it's effectively the hypothesis come true.

Fast forward another couple of years and I've just published a course on the topic, a "Play by Play" with my good mate Lars Klint whose gone through a journey to independence of his own. By pure coincidence, this course launched just after I gave a talk at a Microsoft MVP event in Sydney on this very topic and I thought I'd share a few things that really stuck out at me from that talk.

Firstly, let me try and illustrate this brand thing by referring to the two I mentioned earlier on then applying it to us as humans. Let's take a cap, in this case it's a "men's microfibre baseball cap": 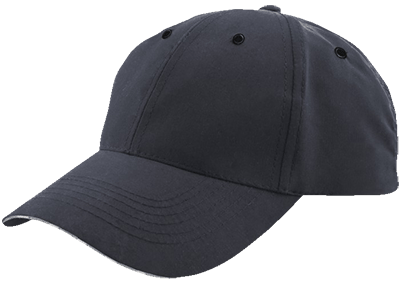 It costs $14 off the web and it's a perfectly fine hat. It has an adjustable strap and a peak to keep the sun off you. It's functionally identical in every way to this other "men's microfibre baseball cap"": 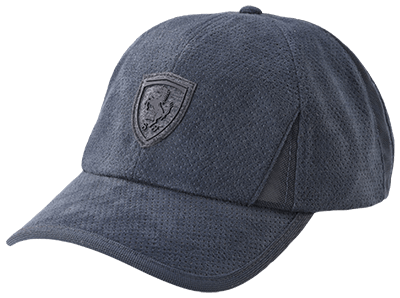 Except this one costs $90... from the Ferrari store. That one little barely visible badge merits a six-and-a-bit fold increase in value (and I'll come back to that term in a moment) merely by the presence of the brand. Yes, they make sensational cars but this is just a hat! People are paying for the brand.

Apple epitomises brand like few other companies can. I mean sure, they make good phones, but they've curated their image to the point where people will do frankly ludicrous things just because they're Apple. The queues stretching around the block sometimes days before a new iPhone launch is a perfect example. Is the phone really worth that much? Evidently, for many people, it is.

Which brings me back to the point of personal branding and I'll give you an example of my own: Last year I was asked to run a workshop for a company in the US. In this case, rather than me waltzing in and doing my usual thing, they wanted me to teach an existing syllabus. For all intents and purposes it was similar content to what I normally teach, but there was one aspect of the proposed engagement that was rather different. I charge ten times more than they were proposing. Ten times! Now their normal rate was a perfectly reasonable one and indeed it wouldn't have been that many years ago that I'd have been happy commanding it, but it really got me thinking - why? I mean why is there such a massive discrepancy in what someone effectively doing the same thing can command? And that brought me back to this whole value thing I mentioned earlier.

Defining value is enormously difficult because it's so subjective. For example, I spend very little on clothes (thanks in part to living near the beach and basically just wearing board shorts every day!) so I have a pretty low tolerance for cost there. On the other hand, I really like fast cars and others simply cannot wrap their head around why I'd spend what I do on them when I could just as easily get from point A to point B for a fraction of the price. So here's my great insight on all of this: Something is only worth what others are willing to pay. Lots of people buy Ferrari hats and iPhones because they're worth it to them and the same is true of the workshops I run. Because of the brand I've established, lots of companies get me across to wherever they are in the world to teach their developers. Now I also think I do a pretty good job of that, but I don't think it's measurably 10 times better than whoever the company I mentioned earlier ended up getting.

Brand is important to me as an independent, but clearly based on that first ever blog post, I was thinking about it well before then and that brings me to the whole point of this new course. We all have a brand. Regardless of what it is you're known for, you have some degree of reputation and recognition and as that increases, you start to get more choices in life. For example, you may be happily working away in a 9 to 5 job (similar to what I was in that first blog post), but you're also getting involved in some open source projects. Or you start doing some user group talks. Or you start a simple blog. Or you begin contributing to a forum around your favourite tech. All of these activities contribute to this broader thing we call brand and at some time in the future, that has a real potential to do very positive things for you. It may be that one day you decide you'd really like a different job. Or - as with me - your existing one may be made redundant. Or another company sees you as your brand grows and says "hey - we really want that person on our team because they're obviously great at what they do".

Lars and I talk a lot about why a personal brand is important regardless of where you are in your career, plus of course we talk about ways to define it, some of which I've mentioned above. We also cover some of the rough stuff you go through along the way and believe me, it's not all roses. I've written about abuse before and perhaps unsurprisingly, as you become more prominent, more crazies come out of the woodwork.

Personal brand is enormously valuable and we all have one to some extent, whether it's consciously curated and very public as with Lars and I or it's merely a by-product of you going about your everyday life. This course helps you think about your brand in ways that I genuinely hope will do good things for you in your professional life as it's done for the both of us.

Crafting a Brand for Growth and Prosperity is now live on Pluralsight!