I’ve just come back from spending some time over in Utah with Pluralsight and a bunch of fellow authors and as I was last year, I’m all excited and full of great ideas. A bunch of people asked me what it was all about and what it means to be a Pluralsight author so rather than continually giving short responses to individuals, I thought I should articulate things a little more clearly because frankly, it’s all rather exciting. Let me explain. 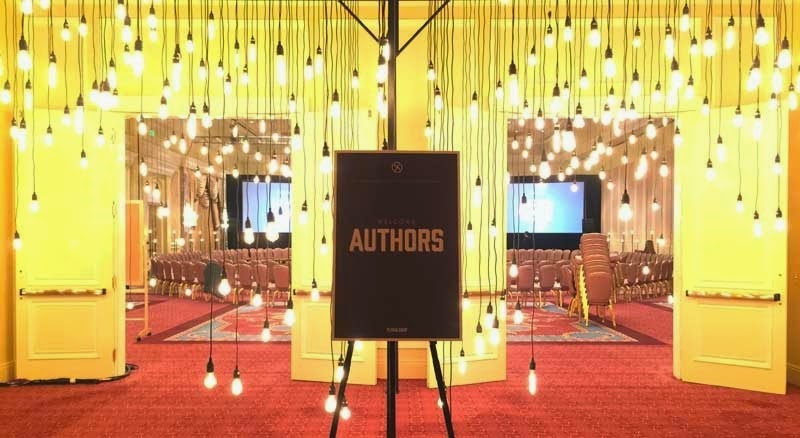 I’d like to think that as Aussies, we’ve generally got a pretty low tolerance for hyperbole; we call a spade a spade and if someone is going a bit overboard on their excitement levels, we get more than just a little suspicious. I’m starting with this caveat because I’m about to do just that – wax lyrical about how much I’m enjoying working with Pluralsight. I’m going to talk in a way that quite frankly, would make me suspicious if I heard anyone else doing it and I’d probably accuse them of having a hidden agenda or being an Amway salesperson. But I’m also big on candour and per the earlier spade reference, calling it as it is. And it’s awesome.

I’ll talk about the mechanics of being an author shortly, but all of that happens within the construct of the culture Pluralsight has created. It’s hard to articulate exactly what that is in writing but I’ll say this: over the last couple of years of authoring, every single interaction with every person bar none has been nothing but positive. No politics. No hidden agendas. No hierarchical chest beating. No bullshit.

Overwhelming, the sense with every interaction is that they want to make you as an author as successful as possible. Unsurprisingly this makes me happy not just because you genuinely feel the love in terms of the support they give you, but because your success as an author has a direct impact on your royalties. I’ll talk more about that later, suffice to say it’s a very win-win situation.

The culture permeates throughout the organisation. It’s not a “top down” corporate culture where people with big chairs in big offices create mission statements on which everyone shall do annual training and tick a box signalling their compliance. It’s a culture which everyone contributes to because the place is full of likeminded people. In fact they even have a VP of culture who puts enormous effort into ensuring the right people fit into the place, not based on skills alone (although of course that’s critical too), but because they’ve got a compatible mindset that contributes to the vibe of the place.

It’s an awesome environment to work in, but where the vast majority of time goes is in creating content which brings me to authoring.

One of the things that really sets Pluralsight apart from say, searching YouTube for tutorials, is that course selection, content and the quality of production is all taken very seriously. There’s a process for ensuring that courses you propose as an author are a good fit for the library and indeed are in demand. In fact to that effect, there’s a New Course Suggestions User Voice which shows what’s hot and indeed you can make your own suggestions there as well.

Any courses to be written are scrutinised module by module when they’re originally proposed. It means it’s never just one person’s view as to how a topic should be taught, rather it’s a consensus of what is in the best interest for the audience. That may not mean much actually changes from what’s proposed (I’ve had very few changes over the years), but it does mean that there have been many eyes on it.

Once a course is approved, I spend a heap of time scripting everything out. My courses range from a couple of hours to nine plus and I want to make sure before I start recording that it’s going to be cohesive all the way through. I don’t want to get to the last module then realise I should have introduced a concept in the second one so I script it all and do a dry run before doing it for real.

Once it’s ready to roll, I spend a lot of time looking at this:

Back when I launched my first course, I wrote about how much time I spent where. It broke down like this per minute of produced material:

Those figures fluctuate quite a bit. For something like my OWASP Top 10 Big Picture course, it’s just a couple of hours of slides so I flew through it (incidentally, that course had more than twice the minutes viewed as my eight and nine hour courses last month). For Hack Yourself First, I made the mistake of using an image carousal on the front page of the demo app which meant that every time I paused to think about what to say next, the carousal moved on. Editing nine and a half hours of that was a nightmare!

As modules are produced, they’re shipped off for review. This is peer review insofar as someone else who knows what they’re doing looks at it and provides feedback. There’s also AV review so someone with better ears than mine is picking up on things that shouldn’t be there. I really want to harp on this point – quality is everything. It’s not easy turning mere mortals into people that can actually record high quality content, but Pluralsight puts enormous effort into it to ensure the quality of the end product is as consistent as possible across the whole library.

What I really wanted to do here was give a sense of how much hard work goes into creating courses. It’s laborious, time consuming and frankly when it comes to editing, often mind-numbingly monotonous. Most of us still work full time jobs too (more on that in another post coming very soon…) so it’s been a heap of hard work across very late nights, weekends and holidays. So is it worth it? Well there are the royalties…

Pluralsight’s model is simple – add up all the minutes of content viewed for the month and then figure out what proportion of it was yours. Take an agreed fraction of that (it may differ based on a few different factors) and apply to it to the month’s revenue then pay money each quarter. It means your take home cash is dependent on two main variables, mainly the proportion of viewing time your courses contribute too and how much revenue is coming in. If you’re like me then there’s also a third variable which is the USD to AUD exchange rate (thank you very much diving Aussie dollar!)

New courses tend to be popular then drop off a bit and plateau. Some courses are very niche and always occupy a small portion of the views. Other topics are very well populated and viewers are spoiled for choice. I’m fortunate enough to occupy and under-populated but in-demand corner of the library which is security so clearly, I’m happy with the results. But one thing that’s consistent across every author is that they want the content to be as popular as possible and for Pluralsight to succeed by offering an awesome service. The great thing about a royalty model like this is that Pluralsight is in the same boat – they want you to be as successful as possible and they work very hard at making you feel like an extremely valuable part of the team, because you are!

For a sense of scale, Pluralsight blogged some figures a couple of years back. Keep in mind the course library has grown significantly since then and there are a lot more authors with small amounts of content so the averages will be different, but those larger numbers should give you a good sense of the potential and certainly many of those have held solid. It’s serious business for successful authors.

I’m going to talk more about this in a later post as there’s a few things to unfold yet, but suffice to say I’m a very happy author!

So getting back to the intro, last week I was over in Utah for the annual author summit pilgrimage. A heap of us headed over from far flung countries (or not so far, in many cases) and spent a few days figuring out how we can do what we do better. It makes for some really interesting discussions when every conversation is with the people who are the leaders in their individual fields. Everyone is vocal, everyone has an opinion and of course, not everyone agrees. But the objectives are common and the enthusiasm is infectious. 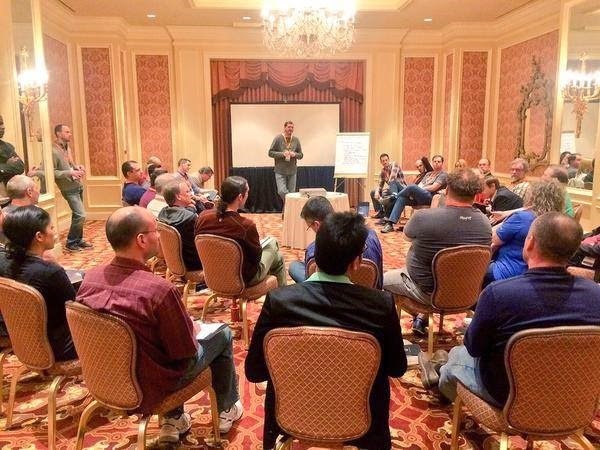 In terms of the sorts of things I took away from Utah, it ranged from ways I could approach editing more efficiently, new audio gear I’m going to invest in and a very chockablock roadmap for new courses. There were also a heap of other irons put in fires that will reveal themselves on this blog over the coming weeks and months too, suffice to say I’ve got huge confidence in the direction they’re heading and what they’re doing to democratise learning. As someone who has obviously put in a lot of effort sharing knowledge via blogs, speaking and all sorts of other means over the years, Pluralsight is a fantastic platform to extend that reach and share the things I love about technology with an even broader audience.

Keeping in mind my earlier comments about us being pretty down to earth down under, clearly I’m loving what I’m doing with Pluralsight. That’s not based on a promise or potential, that’s what I’ve experienced as an author over the last couple of years. It’s been enormously fulfilling and rewarding and there’s no cap on my potential beyond what I put there myself. That sits pretty well with me so you’re going to see a lot more about it very soon!