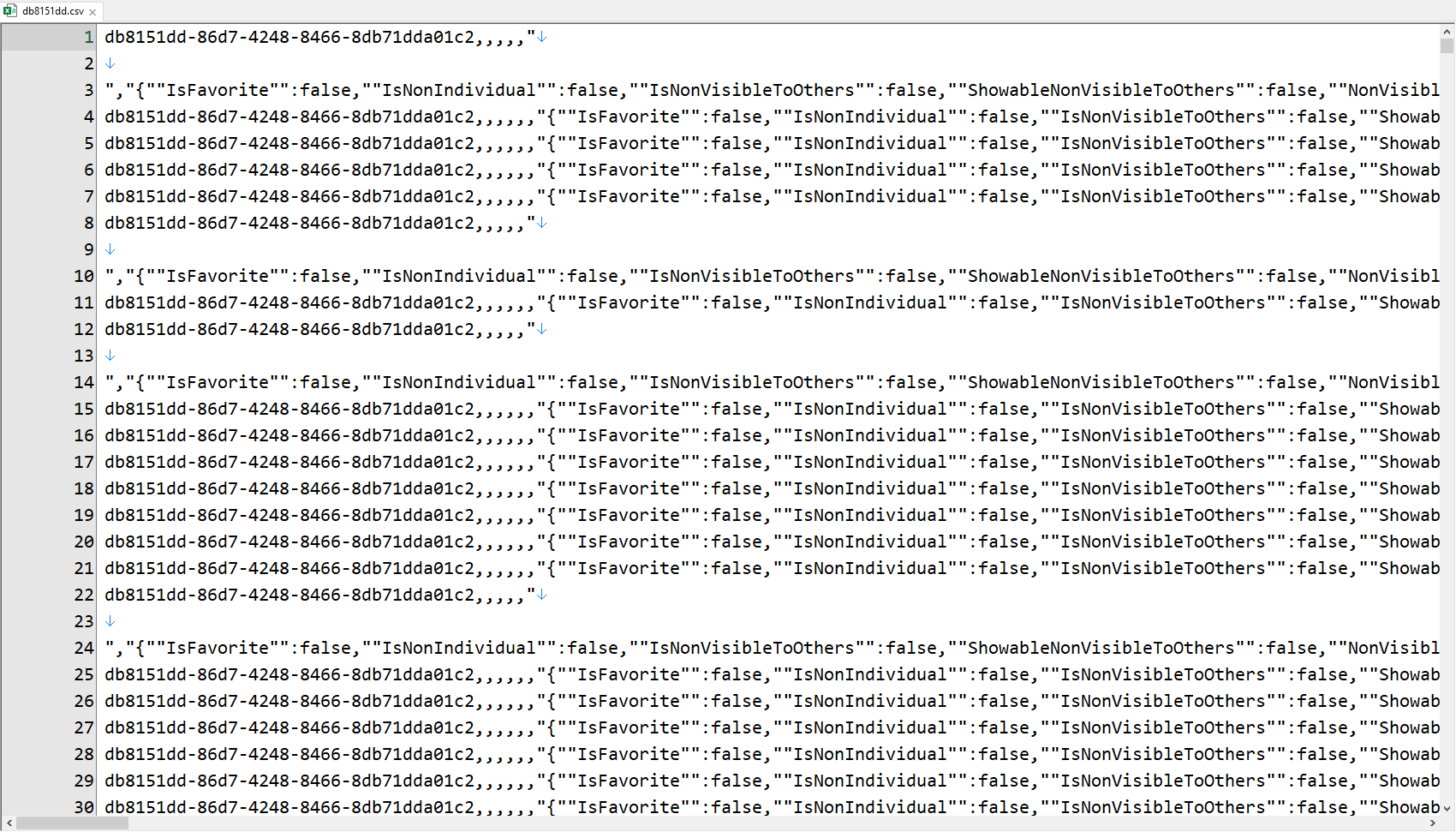 The global unique identifier beginning with "db8151dd" features heavily on these first lines hence the name I've given the breach. I've had to give it this name because frankly, I've absolutely no idea where it came from, nor does anyone else I've worked with on this.