Current status: The competition has run and been won! Scroll down to the bottom for the result.

Friends who follow what I'm up to these days will see that I'm often away from home in far-flung parts of the world. What that means is a lot of time on planes, a lot of time in airports (which is where I'm writing this now) and a lot of time in hotel rooms. Want to know how I churn out so much content? It's using that otherwise wasted down time to do useful things. But to do that, I need to be productive whilst mobile and I owe a lot of that to the machine I use when travelling.

Now, to make sure this doesn't sounds like an incentivised Lenovo pitch, firstly, refer back to my stance on what I'll endorse and my history with buying Lenovos and secondly, there's nothing in this one for me, it's someone else who's going to get something cool! But seriously, a huge part of how I get so much stuff done is that I can be super productive using the ThinkPad I travel everywhere with and that's due to a combination of the keyboard (one of its most highly-regarded features), reliability (I'm yet to have one die on me) and frankly, brutally functional design. These are not aesthetically pleasing machines - let's be honest about that - but man they've got substance over beauty in spades. (Fun fact - I'm just returning home from a conference where the AV guy had to warn the speaker after me that Macs sometimes slip off the lectern due to the curved bezel on the base not holding it in place.)

But best of all, Lenovo is giving me one to give you! Well, one of you anyway and it's a pretty slick unit being the ThinkPad 25 Year Anniversary Edition. This machine is packing a Core i7, 16GB of RAM, a half TB of SSD, an Nvidia GeForce 940MX GPU, USB Type C (Thunderbolt 3), 3 classic USB 3.0 ports (three!), SD card reader, HDMI port, ethernet jack, infrared face recognition camera and fingerprint reader. This is no half-hearted attempt at a laptop, it's the full beans: 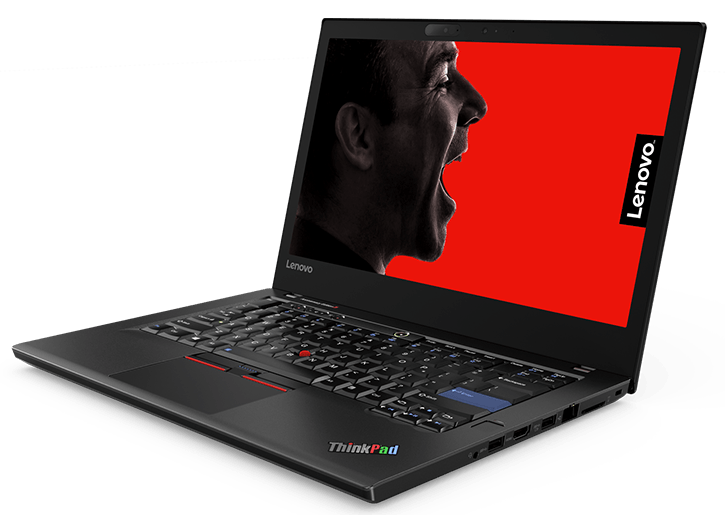 So yeah, Lenovo said I can give one away, I just needed to work out how I wanted to do it. I wanted to give it to someone who actually did something (no randomisation) and I wanted them to do something for the betterment of online security. It also had to be something that other people could use to achieve that objective which brings me to the Have I Been Pwned (HIBP) API.

I launched the HIBP API right after launching the service itself, almost 4 years ago now. Since then, many people have done many wonderful things with it (some of which are linked to on the API consumers page) which further the objective of helping victims of data breaches learn of their exposure. I want to use this opportunity to motivate people to do more with that API.

Here's the rules of the competition:

Lenovo will ship this machine to you anywhere in the world so you're eligible regardless of your geography. If you've already created something using the API, awesome, you've got a head start, but I still need a comment here submitting it to the competition. If you're looking for inspiration, let me share a few ideas:

Do also read the API docs page carefully; there's info on the rate limit, what I consider abuse and what the acceptable use is. Anything that doesn't adhere to this isn't in the running!

So that's it - go and build awesome things - then whoever can build the most awesomest gets an awesome machine to build even more awesome things!

Alrighty, it's time! Here's the 4 top entries based on my own very scientific approach of "what do I think is awesome". I wanted a mix of technologies, platforms and use cases which I reckon these top 4 achieve. In no particular order, here they are:

There were many, many good submissions to this competition and on several occasions I had to go back and remove one from the list above and add another as the bar kept raising the deeper I dug into the comments. But ultimately, I had to boil it down to 4 projects and I've now put the creators' names into a Twitter poll which will run for 24 hours and whoever gets the most votes will take home the prize! Here's the poll:

It's time to vote! I've picked the best 4 projects using the @haveibeenpwned API to do some really cool stuff, whoever comes out top here wins a shiny Lenovo ThinkPad. Check out their work then vote below: https://t.co/kGclEuapyv

Just as a side note, I'll add a few comments that are relevant across several of these projects: Think carefully about the privacy aspects of searching for other people's addresses. I've written before about the ethics of running a publicly searchable service and there are overwhelming positive upsides to this approach, but do think through how other people might perceive you searching for their address. All the projects above allow people to use the service ethically and responsibly to the net benefit of the online community so kudos to them all for obviously keeping this front of mind.

Big congrats to Félix Giffard and his PasswordSecurity.info service. Félix grabbed 39% of the votes making him the clear winner ans scoring himself the ThinkPad. He was a worthy winner based on the merit of his project alone, but this kinda makes it all the more awesome:

Congratulations!!! Félix is one of a hellah 16 years old that deserves this! ??

I hope this machine helps Félix go and do even more awesome things!

Lenovo Have I Been Pwned