If you follow my Twitters, you may have noticed I can be a bit, well, "despondent" about the climate in Europe. No, not the whole Brexit political climate situation, I mean more like this:

Crowds of people in Birmingham waiting for summer before they go outside: pic.twitter.com/7ImjmCt4Bf

Yet I keep ending up back there so either it's my poor judgement or... I secretly enjoy it. Back in Jan (when it was much easier to complain about the weather), I was over in England, Scotland and Norway for four weeks then in May it was Belgium and Spain and last month was Norway and England again plus a few days in the Netherlands. I always try and combine a bunch of events because frankly, everything is a long way away from Australia, it's just a matter of waiting until there's a critical mass of interest to make a long trip. Now, for the fourth time this year, there is.

This coming October, I'm going to be in Scotland, Denmark, England and Switzerland. Let me share which events I'm going to and where I'll be running public workshops. I have a small amount of availability to run private workshops as well (check out the Workshops page for more info on these), so this is a couple of days within an organisation sharing the appsec love with their team. I'd love to hear from companies in Europe that would like to get me over as it makes a lot more sense to do these while I'm already in the region rather than getting me back over another time.

Here's what I'll be getting up to:

The whole idea of coming back to Europe really began with these guys. They were very enthusiastic to make this happen and I'm really glad I managed to tie together enough things to make it a reality. I'm happy to be doing the closing keynote at the event and I'm looking forward to soaking up a bit of the local culture there. Someone told me there are these little wild creatures they call "haggis" that run round and round mountains so I thought it might be cool to go see those... 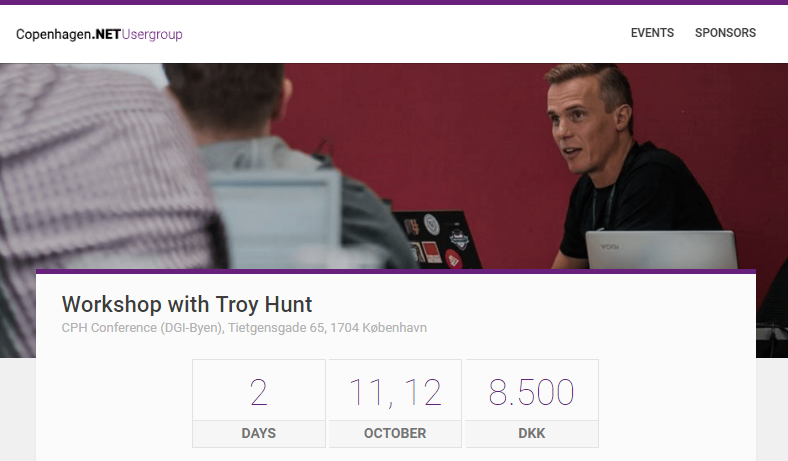 Next up is Copenhagen where I'll be running a two-day public "Hack Yourself First" workshop. This has been organised by the Copenhagen .NET User Group and anyone in Denmark (or who can get themselves there) is welcome to come along. This will be my first trip to the country so I'm looking forward to seeing something a bit new (either that or lots and lots of Lego).

During my last European tour in June, I stopped off in London and did a couple of days of "Hack Yourself First". This was a public workshop so anyone willing to pay for a couple of days training could join and boy did they join. We maxed out the capacity, exceeding our projected attendee numbers and having an absolutely sensational, engaging, fun couple of days.

The organisers actually gathered a bunch of feedback afterwards which they're now including with details of this next event. I'm enormously happy to share it here:

Obviously I'm really pleased with the results and I expect we'll max this event out again in October. 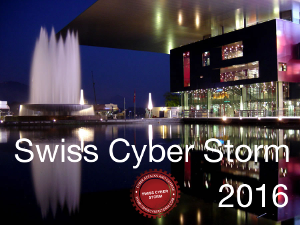 Firstly, is that not an awesome name for a conference?! I'm really glad I was asked to do this event as I love Switzerland (although it's been 16 years since I was last there), and there's a bunch of people speaking there I'm yet to meet. Although among that list is my friend Scott Helme who among other things, was my cohort in the Nissan LEAF exploit which hit the headlines earlier this year. I'll be talking about a heap of lessons I've taken away from running "Having I been pwned" which is usually a very well-received topic.

To round out the trip, I'll be back in London on the 20th to keynote at the WIRED SECURITY event. WIRED as a publication has been running for 23 years now which is a lifetime in technology. Like the other events I'll be talking at on this trip, it's a very different style of conference to the typically developer-centric talks I normally do so I'm really looking forward to getting in front of a different audience. I was also happy to see my friend Mikko Hypponen on the speaker list and he's someone who always does sensational talks so I'm quite excited to see him and a bunch of others who I'm yet to meet.

I've got a small handful of days free to run private workshops in the UK or mainland Europe and I'll be trying to fill in available spaces with those fairly promptly. A complete overview of what I do at these events is listed on the Workshops page of this blog and I'd love to chat to anyone interested in having me over. Get in touch via the contact page if you'd like further information.

Getting to grips with cloud computing security on Pluralsight