Last year, I got fed up with my wifi. The coverage was patchy, the devices were unstable (my speed would regularly drop to less than 2Mbps until I restarted the router) and even though it was new gear, it felt just like the gear I'd had a decade ago. Same basic principle of an all-in-one device, same basic web interface and almost certainly, the same update cycle - I wasn't going to be seeing firmware updates or new management features any time soon, if at all. All of this wasn't just frustrating, it was costing me money as productivity went out the window. So I fixed it.

In the post linked to above, I talk through how I built out a new home network using Ubiquiti's UniFi product line. I went through the process of trying to work how to compose the network from bits I was unfamiliar with, crowd-sourcing support from the community via a GitHub Gist. I'd look at pictures of network components like those below and initially, have absolutely no idea of what I'd actually need: 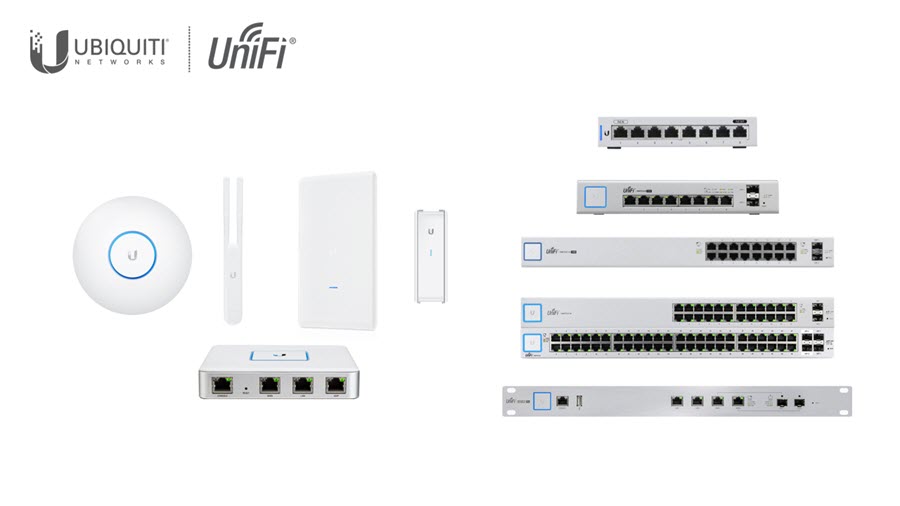 Once I worked it all out, I went and spent a couple of grand of my own cash to buy all the bits and ultimately, fixed my dodgy wifi. That post was enormously well received, in fact it's the 9th most viewed blog post since I posted it in November. Since then, I extended the network to my jet ski and then built an entire network from the ground up in my brother's renovated house (I'm a bit jealous of that network, if I'm honest).

I was happy, my brother was happy, people who read the blog posts and bought Ubiquiti gear were happy and, of course, Ubiquiti themselves were happy. And then recently, I was chatting to one of the folks from there about how someone was asking the question "what is this Ubiquiti Unifi stuff all about" (UniFi is the name of the product suite) and that they really needed a good, cohesive answer to that. One thing led to another and next thing I knew I'm creating an online course for them on precisely that subject. I want to be clear that this is a commercial course (they've paid me for my time), but I also want to be clear that it echos all the same sentiments I expressed after going out and buying all the gear I originally put in my house. I'm endorsing the product because it rocks and it'd rock whether they paid me or not, but this way I get to invest the effort telling the story in a way that I think will really resonate with people.

Speaking of telling a story, I wanted to take people through the things I wish I'd known when I originally started down the UniFi path, namely the following which is broken into logical course modules:

On that use case, a good friend of mine runs a very successful local Italian restaurant called Alfresco. A busy night will see 550 people pass through the doors with up to 240 there at any one time. Raff has roaming iPads his staff use to take orders but because the existing network was so patchy, they'd often be in a dead spot which made things tricky. That existing network had a couple of pretty old access points running separate SSIDs at either end of the restaurant and inevitably their coverage just wasn't cutting it. They also want to be able offer free wifi to guests; being in a tourist hub, there's a lot of international visitors with no cell coverage so connectivity is a bit of a draw card. Further to that, Alfresco puts a lot of emphasis on the customer experience and sharing that with other people. The walls are adorned with photos of happy diners ranging from families to celebrities and I see the same thing play out on Facebook as people tag Raff in their social updates. Giving more people the ability to share their Alfresco experience with the world by way of free wifi is free advertising!

So UniFi sent us some gear and I built this out and recorded it in the course: 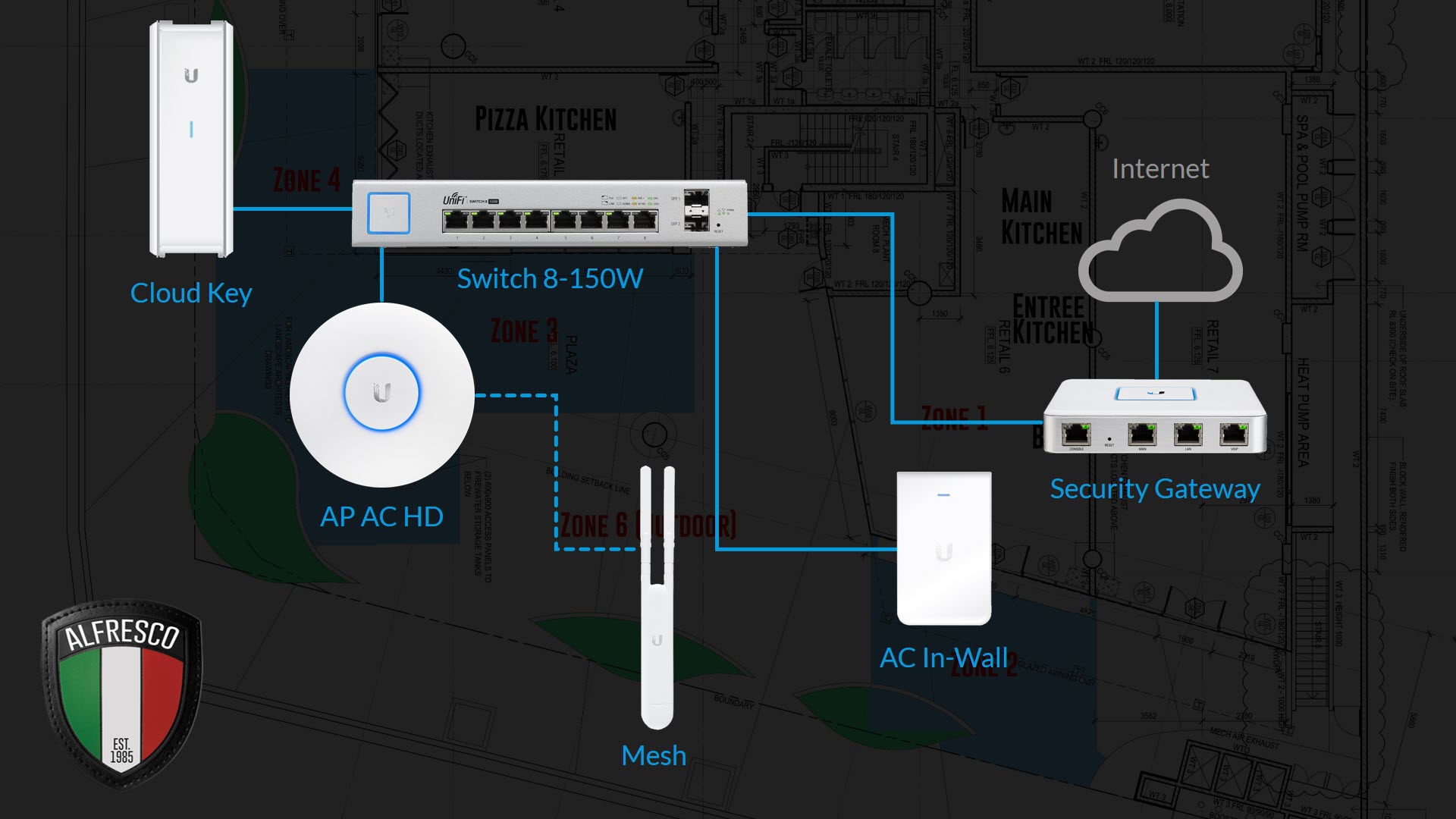 What's not officially part of the course is the behind the scenes video. I wanted to capture something with minimal editing that's entirely organic, showing the before and after states of the network situation. Now keep in mind that the equipment still needs to be properly mounted (which Raff assures me will happen imminently!) but functionally, it's all there. There's a small deviation from the course I ultimately ended up taking (namely putting an additional switch into the bar where they had more devices than expected), but I'd already built all the slides and content so I didn't end up covering that in the full course. Here's that behind the scenes video:

And finally, the course itself, up on YouTube and freely available to everyone right now: Introduction to UniFi

I hope you enjoy watching this and if you do go out and fix your own dodgy wifi afterwards, do leave a comment and let me know how it went ?