Unfortunately the tyranny of distance has kept me well and truly away from Microsoft PDC09 but it hasn’t meant I’ve had to miss out completely. Seeing so much exciting information released about new technology (which happens to be my favourite kind!) made me want to get what excited me down online. 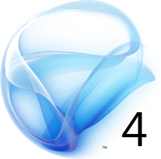 In case you’re feeling like it was only yesterday that Silverlight 3 was released, you’re almost right; it was back in July. The velocity of this product is like nothing I’ve seen from Microsoft before.

In terms of Silverlight 4, PDC marked the launch of the first beta. There’s a full rundown on the silverlight.net site but here’s what jumps out at me in terms of things I’d find useful:

Apparently Silverlight is also now on something like 45% of machines (I know, a tweet is not a very authoritative source but it’s Nikhil and it sounds feasible). Tim Heuer has an excellent rundown including demos and pictures in his post Silverlight 4 Beta – A guide to the new features.

There’s An Early Look at IE for Developers on the IE Blog but in short, performance enhancements and greater capability are the key themes:

Reading through the comments on the blog, the recurring theme is “Great, yet another browser to make my sites compatible with” (just the natural fallout of browser evolution I’m afraid). Webmonkey is also reporting Microsoft Still Chasing the Competition With IE9 which is reflective of the general sentiment I’m seeing – too little too late.

No, it’s not a typo, Microsoft actually used an iPhone in a demo without the intention being to denigrate it! They used it to highlight IIS Media Services by embedding the video tag from HTML5 and pulling the data off IIS. Take a look at it on an iPhone here. I had a go on mine and the quality was sensational. 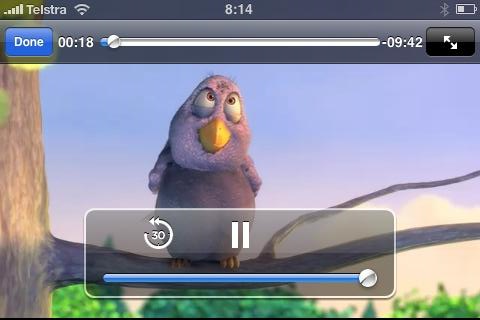 If you’re not already familiar with the proposed HTML5 spec, Wikipedia has a brief spec overview plus a detailed overview of the support by layout engine which shows wildly varying compatibility levels (remember though, HTML5 is still just a spec). Early days but at least gives us some more options when targeting iPhone. 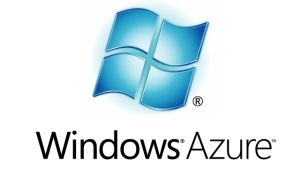 Get used to reading about Azure because you’re going to be seeing a lot of it in the coming months. Its been in CTP for the last year and is Microsoft’s interpretation of what cloud computing looks like. The entire cloud space is heating up pretty quickly with Microsoft competing against Amazon EC2 and Google App Engine, each with their own unique implementations.

PDC saw Microsoft finally reveal the pricing model which starts at US$0.12 per service hour. There was a bit negative feedback about the cost on the Twitter-sphere but when you consider you’re talking about less than $3 a day (c’mon, I spend more than that on cappuccinos!), it doesn’t seem like very much at all. The inevitable comparisons to how this stacks up against existing hosting providers will happen but Azure and cloud computing in general is about a lot more than just hosting a website.

The other Azure news we saw out of PDC09 was “Dallas”, a service enabling developers to discover and subscribe to data feeds. Here’s how it’s explained on the ars technica blog post:

The technology was showcased by PDC by Federal CIO Vivek Kundra. Kundra demonstrated a career-finding application based on Department of Labor teaching data stored and catalogued by Dallas that allowed, for example, teachers to find which areas of the country needed more teachers. The application was able to drill down within the dataset, for example, to find out exactly what kind of special education teachers were required in a particular area.

Obviously the dependency here is in providers making their data available so hopefully Microsoft can make it a compelling enough proposition for the service to be attractive to data consumers. Probably a “chicken and egg” scenario here so I do wonder how quickly providers will come on board.

I’m genuinely excited about Azure; if Microsoft can make the offering attractive enough to corporates by fulfilling on the promises of security, performance and utility based pricing and deliver to developers by streamlining infrastructure provisioning and app deployment within a familiar coding environment, they might just be on a winner.

Ok, not a Microsoft product but Seesmic got enough Twitter coverage to justify a look. In theory they make a Twitter client. I say in theory because all I got when i tried to use it was the little guy in the image below. Full marks for an amusing error message, no idea what the tool is actually like though!

It’s of zero direct benefit to those of us who weren’t there but those who made themselves available were rewarded with a free laptop. Reading the info on the Channel 9 website, it seems the not-so-hidden agenda is to get developers using Windows 7 and multitouch which without dedicated hardware would be extremely difficult, at least from the perspective of experiencing your product firsthand in the intended environment. Given this significant show of multitouch evangelism from Microsoft it will be interesting to see where they’re going with this product.

Personally, it’s Silverlight 4 and Azure which have me really excited. Silverlight because of the potential to break free of the shackles of HTML and change the way we build applications whilst overcoming some of the SL3 and earlier barriers, Azure because of the radical way in which it could address so many of the headaches developers face in terms of provisioning, hosting and supporting applications. It looks like there’s going to be plenty of reading and experimenting to be done over the Christmas break!